BERLIN, April 7 (Xinhua) -- Former Catalan leader Carles Puigdemont said on Saturday that he will remain in Berlin while the legal case on his extradition is pending.

"Berlin is now my residence until the end of this process. If possible I would return to Belgium," Puigdemont made the remarks in the German capital a day after he was released from the Neumunster prison.

In his press conference, Puigdemont called for international mediation and talks over the future of Catalonia, saying Spanish government should have "respect for democracy." 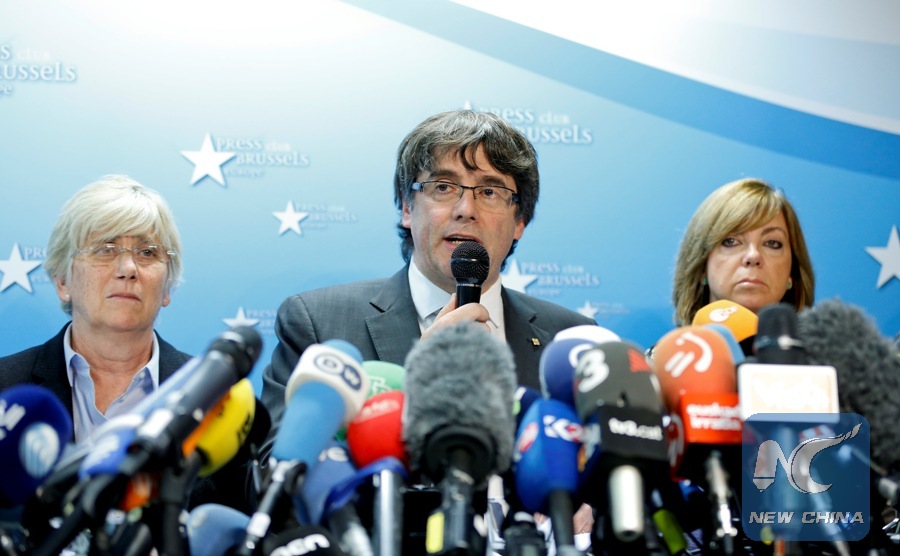 "We want dialogue without preconditions. But those who sit down at the negotiating table must be prepared to review their positions. We always said we were ready," Puigdemont said.

He added that independence of Catalonia is not "the only solution", and he and his colleagues are "ready to listen."

Puigdemont has been fugitive since Catalonia's bid to seek independence from Spain failed last October. The Spanish Supreme Court earlier in March issued fresh arrest warrants against Puigdemont and some other individuals behind the independence bid.

The 55-year-old separatist leader was caught on the entry of Germany from Denmark on March 25 en route to his residence in Belgium.

The German court in Schleswig on Thursday ruled that they will not extradite him on the basis of his rebellion charge, while pending the decision to extradite him on his embezzlement charge.

He was then released after paying a 75,000 euros bail. According to Deutsche Presse Agentur, Puigdemont can now move freely on German soil, but he must report to police once a week and inform prosecutors of any change in residence.