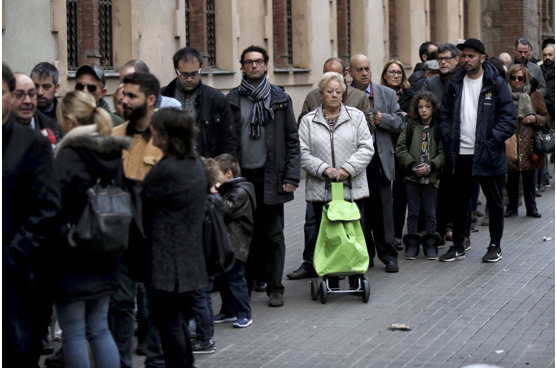 Voters stand in line outside the Polytechnic University of Catalonia on December 21, 2017.  Photo: Claudio Alvarez

By late Thursday, 95 percent of the ballots had been counted with Ciudadanos,  Spain’s pro-unity party, claiming 36 seats.

Catalan separatist parties won a combined 70 seats, gaining an extra two while securing their absolute majority over Spain’s parliament. By regaining parliament, the worst political crisis in decades to hit Spain could continue. 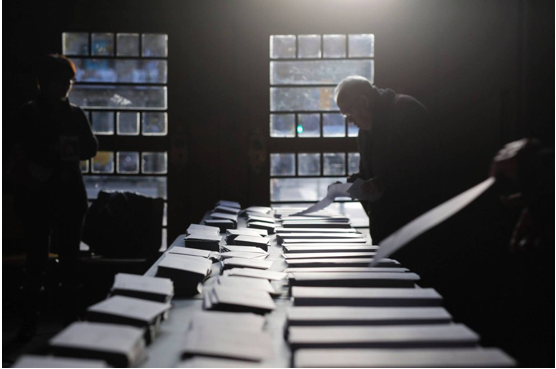 A polling station at the University of Barcelona, December 21, 2017. Photo: Massimiliano Mincori 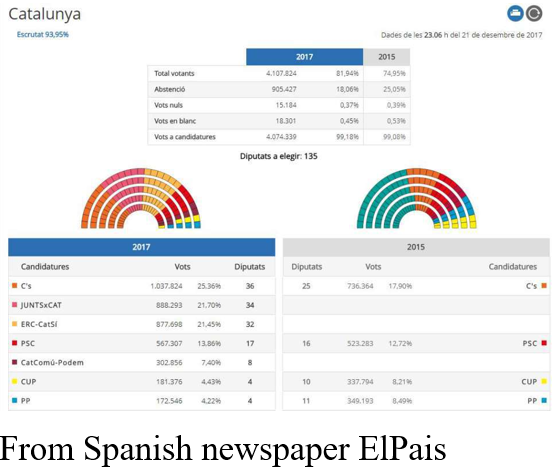 Today’s election was seen as a legal referendum measure, and polls suggested that both separatists and unionists voters remained evenly divided.

The Spanish Cabinet will convene tomorrow to analyze election numbers and the future of Catalan’s new parliament. Cabinet ministers plan to address subsequent issues to name a new premier for the region.