Centennial of Chinese Labor Corps in WWI honored in France

Paris (People's Daily)- A ceremony to mark the Chinese laborers who died in World War I was held in Noyelles-sur-Mer, France, on Sunday, 100 years after the end of the war.

Paperboards and epitaphs like "Fight unto death” and “Long lives your soul” tell stories of the war labors, and attract many visitors throughout the year in April.

"This historic site is a great connection between France and China and a symbol of freedom and fraternity”, said Jean-Louis Demarest, mayor of Noyelles-sur-Mer. 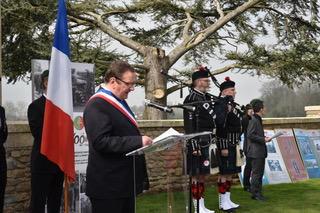 In 1917, up to 150,000 men left their homes in east China and traveled 9,000 km to labor for the Allies in World War I, which was inflicting huge numbers of casualties.

Their duties included burying the dead, digging trenches and building roads, as well as unloading ships and trains. 20,000 men lost their lives in the war effort and the reconstruction after war. 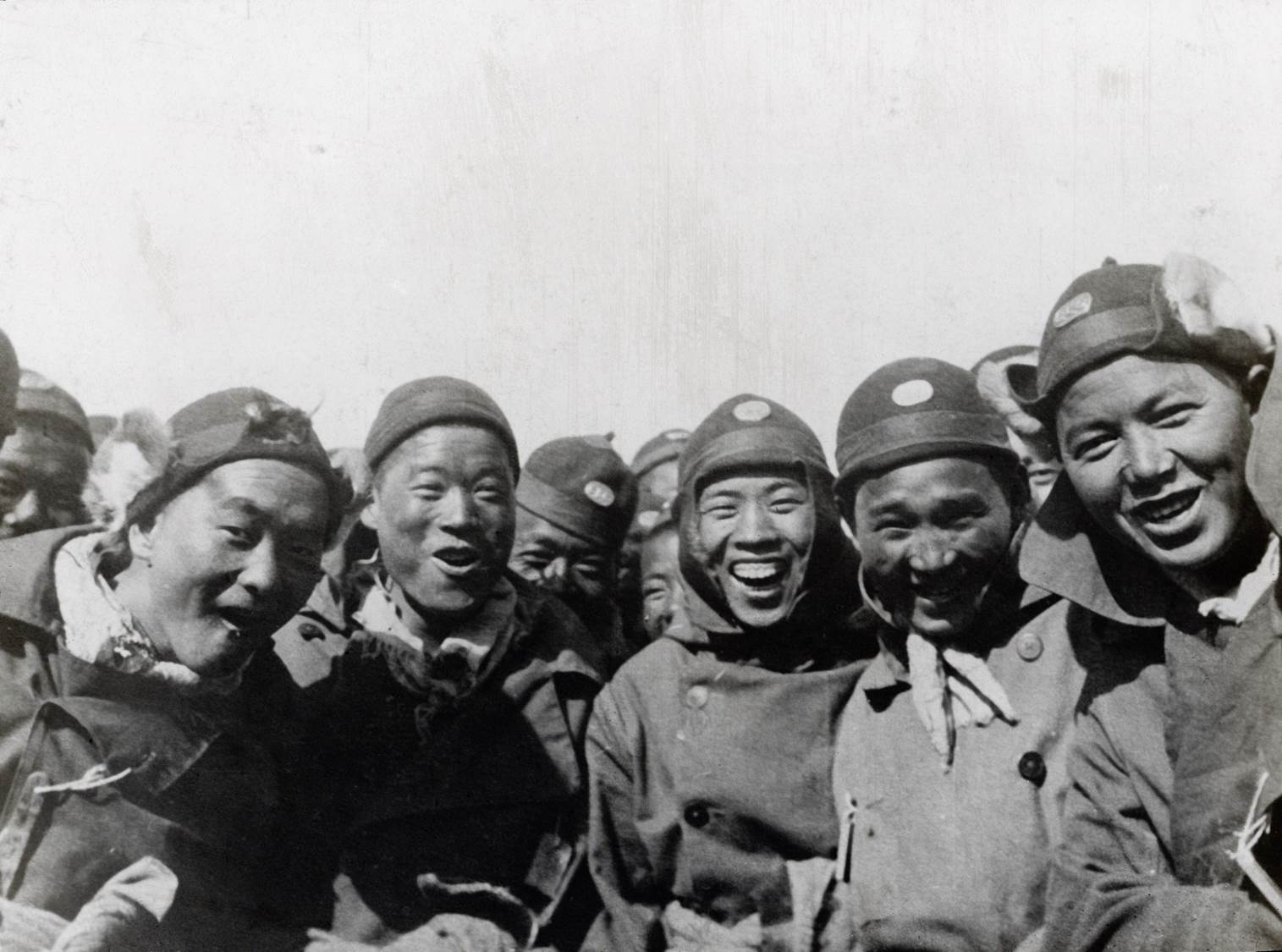 A hundred years later, their stories were barely known to the Western world, and have almost been obliterated since.

"These men sacrificed themselves and deserve our respect and gratitude”, Demarest said, noting a museum and a documentary were underway in honor of these laborers, and an application has been made to add the city to the World Heritage list of UNESCO.The commemoration has been held since 2002 during  the Qingming Festival, the Chinese Tomb-Sweeping Day for honoring the dead. 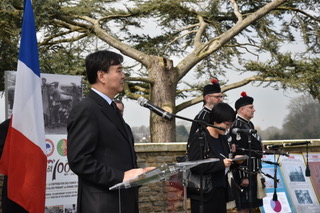 "A centennial commemoration of the end of WWI is so important that in a world threatened by populism, unilateralism and instability, peace becomes so precious”, Zhai Jun, Chinese Ambassador to France, stressed during his speech. “By recalling their sacrifices, we are more determined to preserve the peace we enjoy in the moment.”

Representatives and visitors laid wreaths and flowers and observed one minute of silence. The national anthems of the three countries were played. 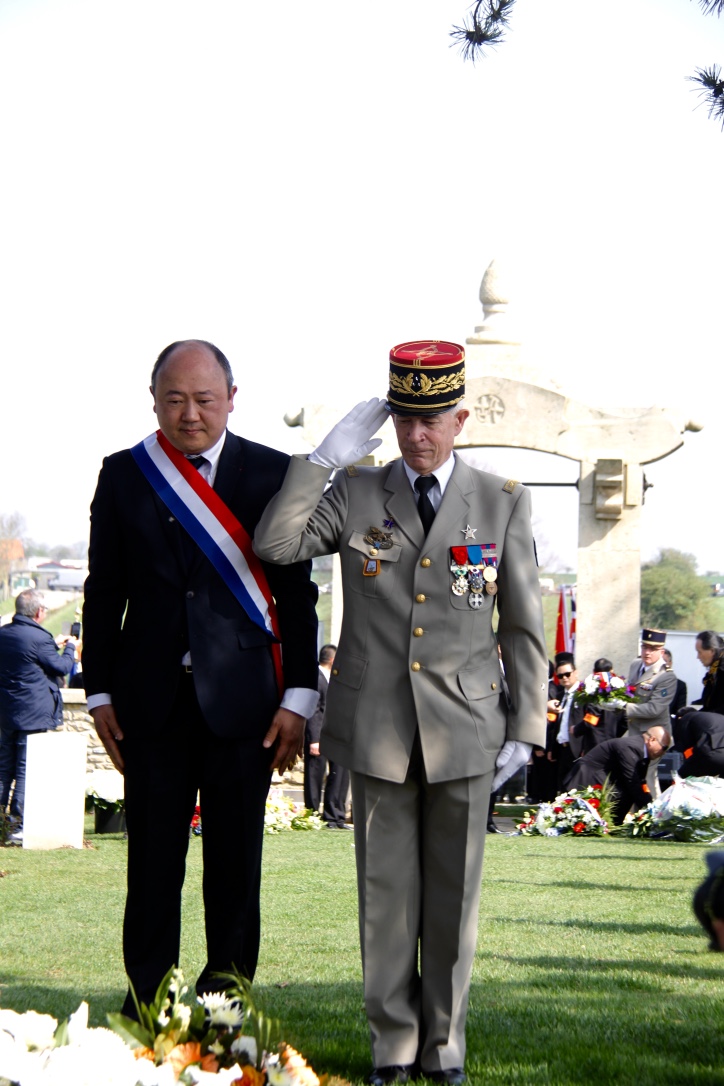 André Coillot, an 88-year-old Frenchman from Arras, a northern French city that installed a monument for Chinese Labors Corps last December, was pleased that  the French government paid more attention to this part of history.

"Chinese laborers fought for us, they should be remembered, especially by the young French,” the old man said.