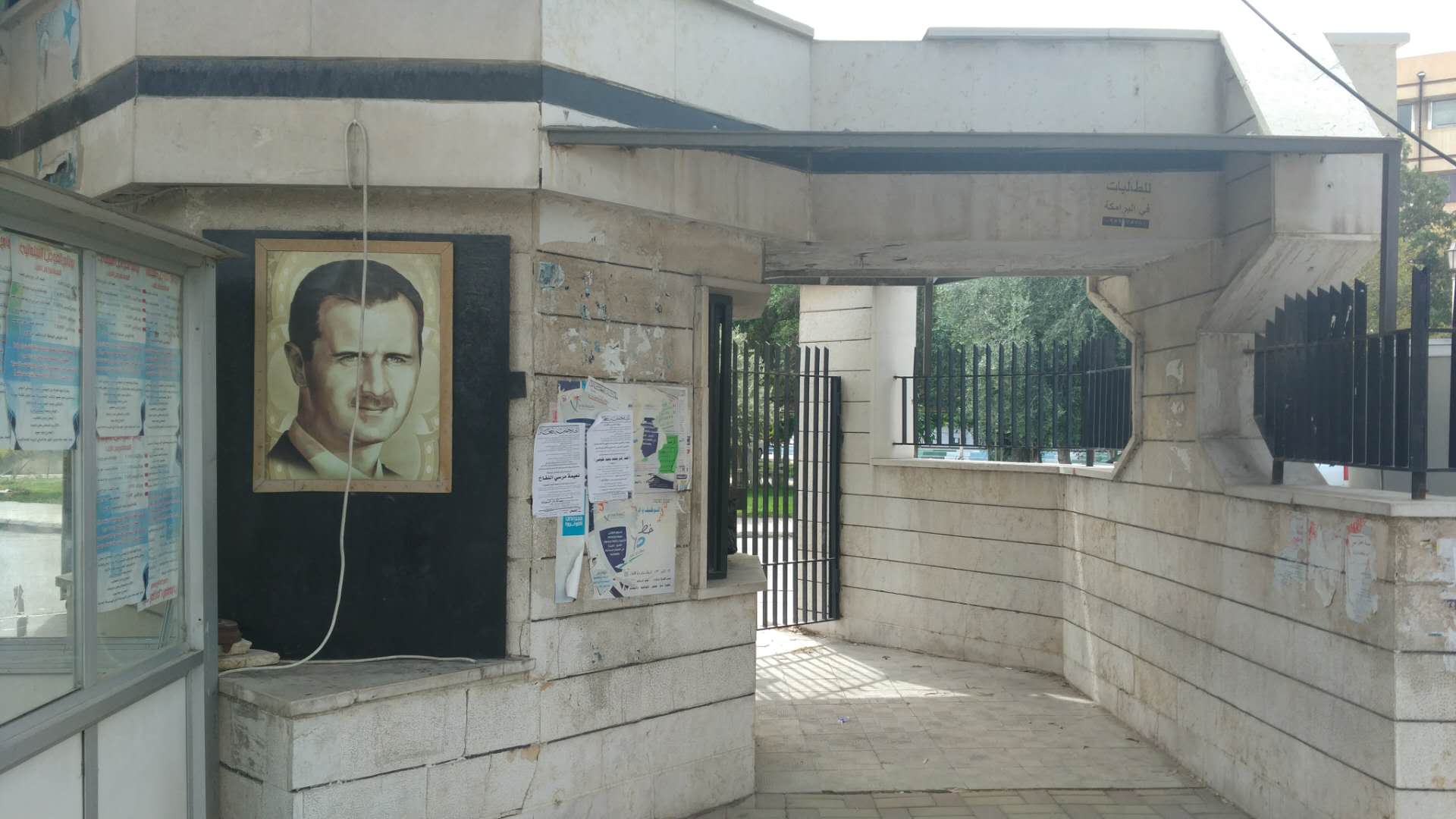 One of the gates of the University of Assad in Syria, a bus station has been set up for the school outside. For security reasons, the campus has been quieter these days, with students cutting back on outdoor activities and opting mostly to study in classrooms or dormitories. (Photos: Li Xiao/People's Daily)

Damascus (People's Daily) - Before the Syrian crisis began in 2011, Syria had been one of the most popular countries to study abroad and even shared a strong working relationship with China’s most well-known language institutions.

Students from many countries would choose to study in Syria, according to Saeed, who is the senior manager of Azhar travel agency in Damascus. His agency currently provides international business services and he had previously helped foreign students with services for immigration, transportation, and other formalities.

Saeed said during that time, the average annual tuition cost to attend a major Syrian college was about $2,000 while food cost an average of $150 per month. The majority of international students needed to learn Arabic at a language center, then they could get approved for admittance after completing an examination.

The majors of international students were mainly related to Arab culture.

Liu Xinglu, professor of the School of Arabic Studies at Beijing Foreign Studies University, said that China and Syria established an intergovernmental educational exchange program for exchanging students and visiting scholars. Liu said that he and many professors from the School of Arabic Studies studied and worked in Syria as a visiting scholar for years.

Liu said he and many Chinese language institutes agreed that Syria was the best location to perform Arabic studies before 2011. 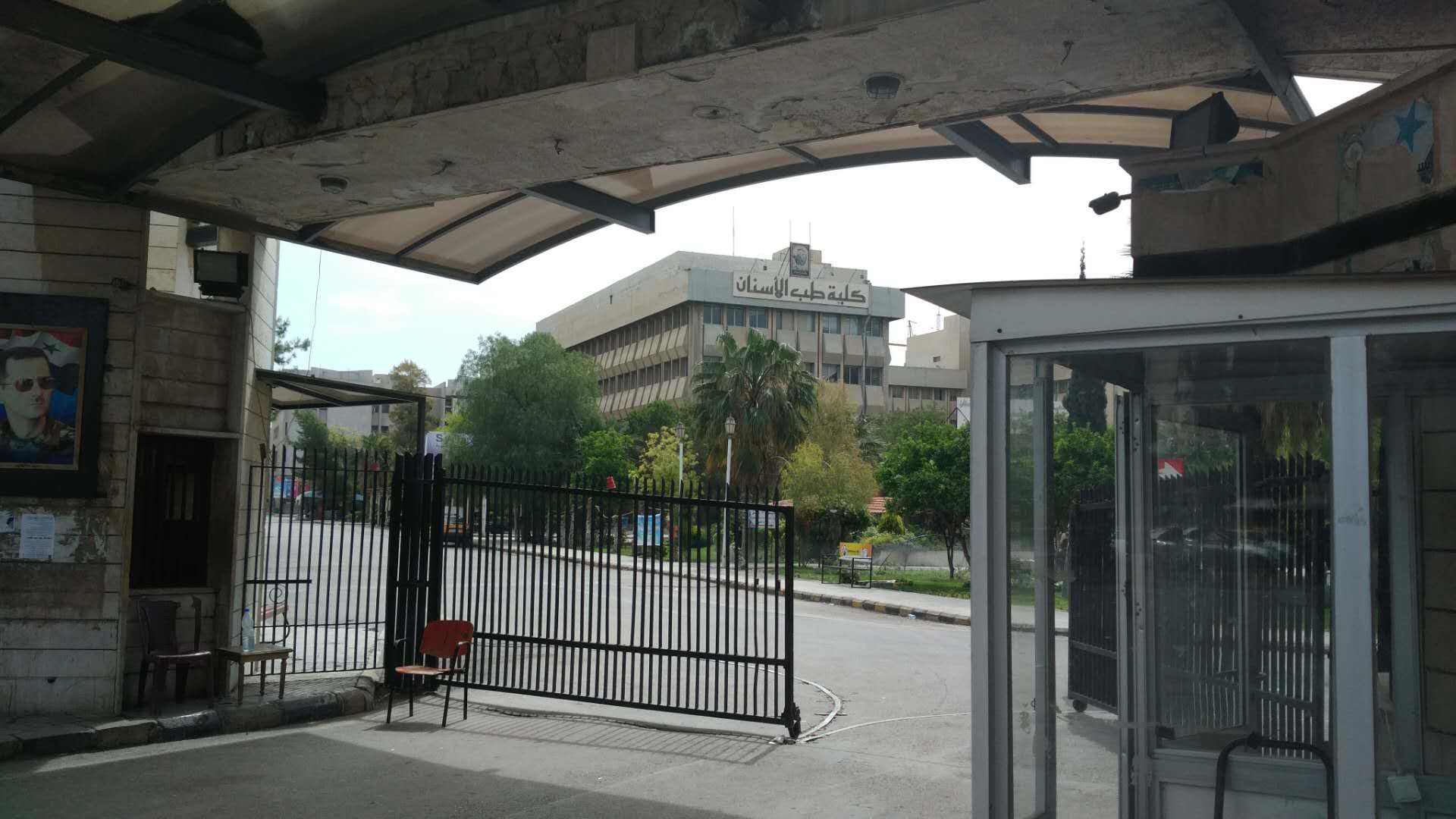 The country’s popularity stems from its long history, rich culture, and its significance of being a focal point for the world’s converging civilizations. Secondly, Syria's language environment is advantageous since the Syrian constitution specifically protects the use of standard Arabic for content, school textbooks, and teaching purposes. 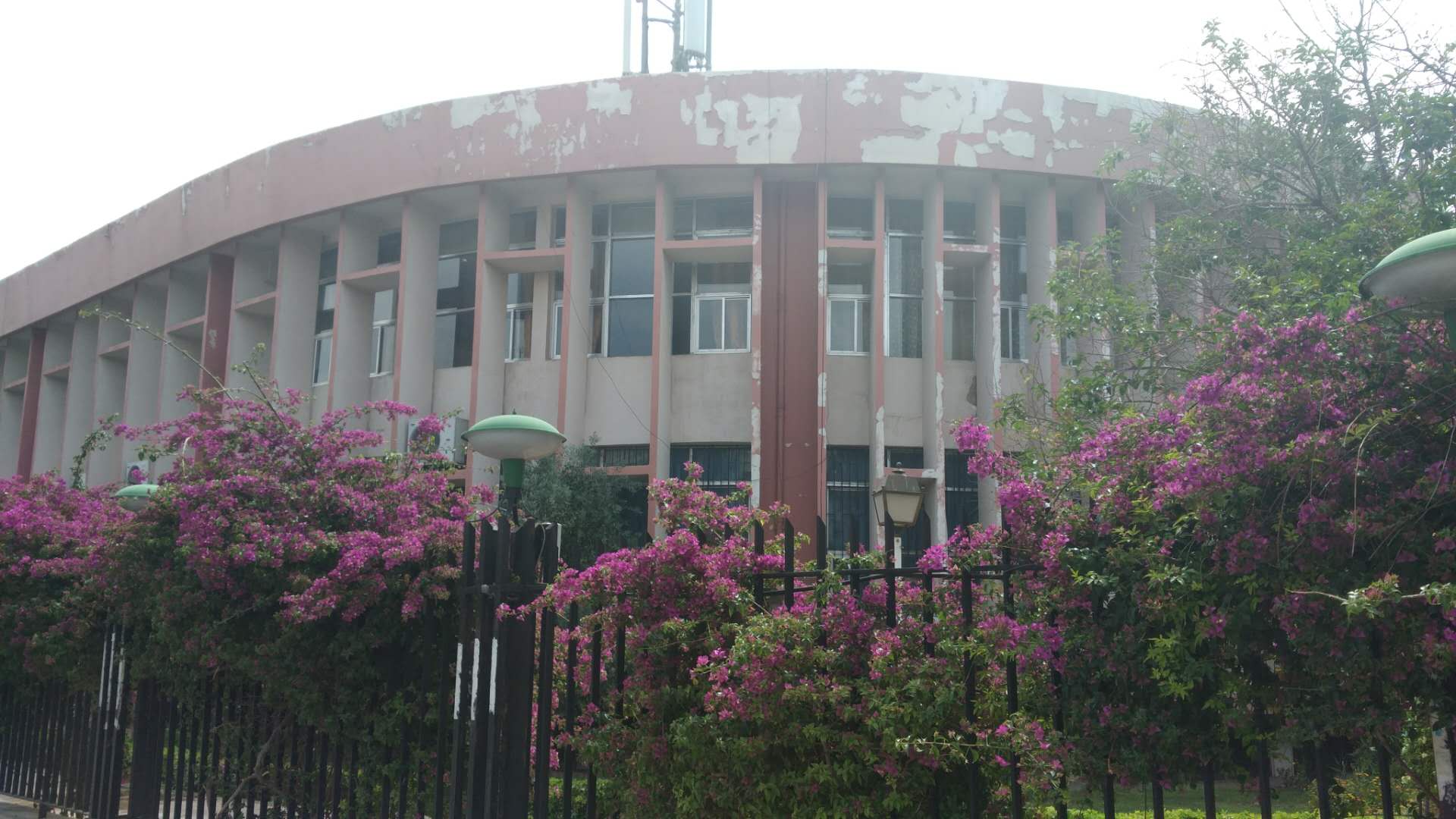 Additionally, the average level of education for Syrians is high.

Most universities in Syria are comprehensive universities, such as the University of Damascus, which have many specialties and facilities.

Before 2011, the number of universities in Damascus reached more than 100,000. Since the implementation of compulsory education in Syria, national students who met required educational standards could attend college at no cost.

This led to some interesting events, such as fathers and sons attending the same universities at the same time. Liu said he witnessed a father and son in the same class when he was a visiting scholar at the University of Damascus. He said they both lived on campus, in opposite dorms, and had good grades.

Education in Syria is highly respected, scholars and intellectuals have high social status. Many high-level department heads at universities also serve as ambassadors, which brought international attention to Syria’s positive view on scholars. 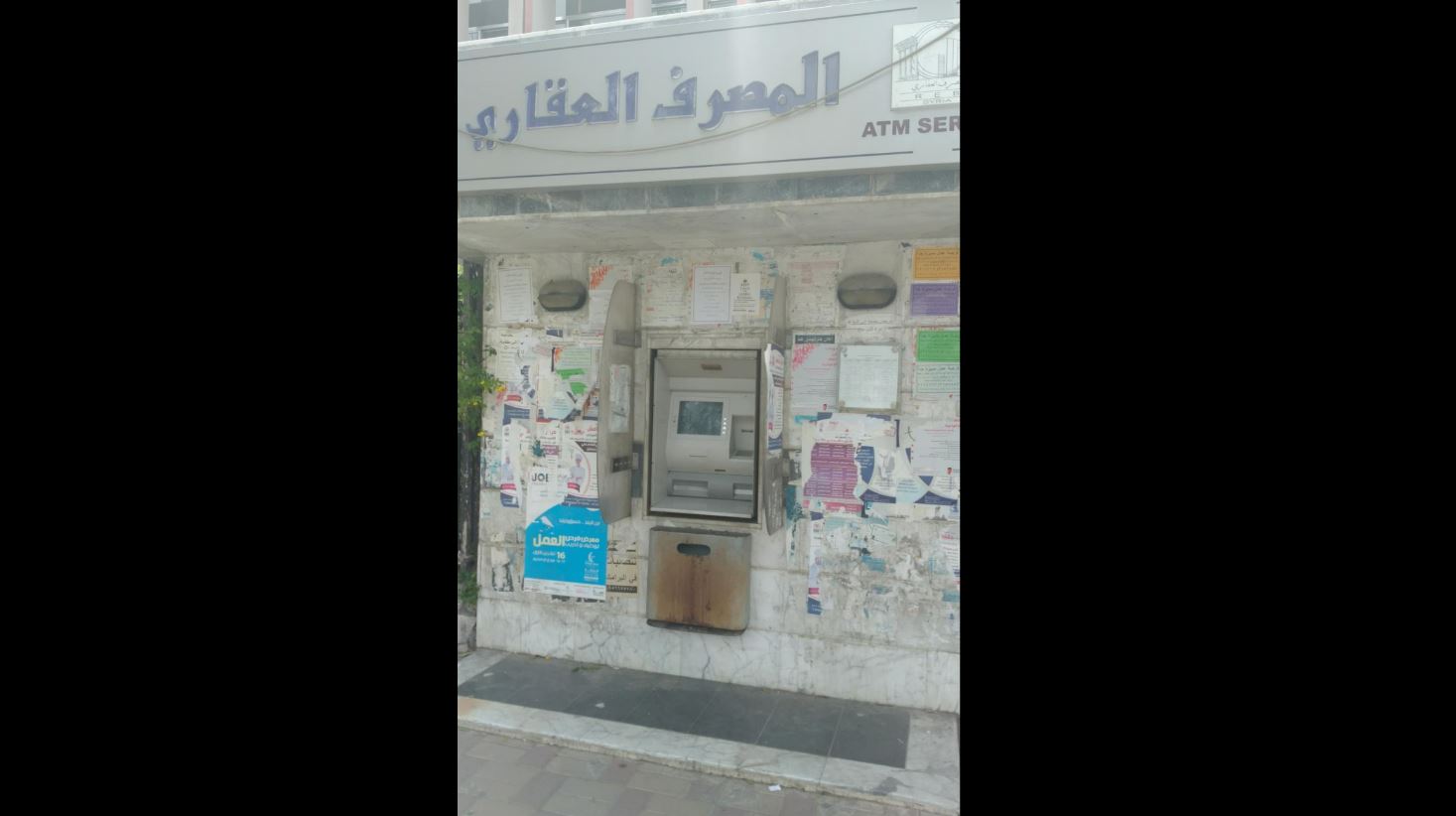 Many intellectuals have the chance to participate in the development process of the country since the Syrian government created a platform of opportunities for them.

Before 2011, social relations among all sectors of Syrian society were peaceful – national development was in a stable state and the contradictions between different sects were not as sharp as those described by the Western countries.

In fact, there were also a large number of Sunni dignitaries in the Shia-dominated Syrian government.

Furthermore, the Syrian government also attached great importance to the protection of other religious cultures, such as Christianity.

In the Christian areas, the daily lives of religious residents were calm thanks to local government policies that protected Christian culture. 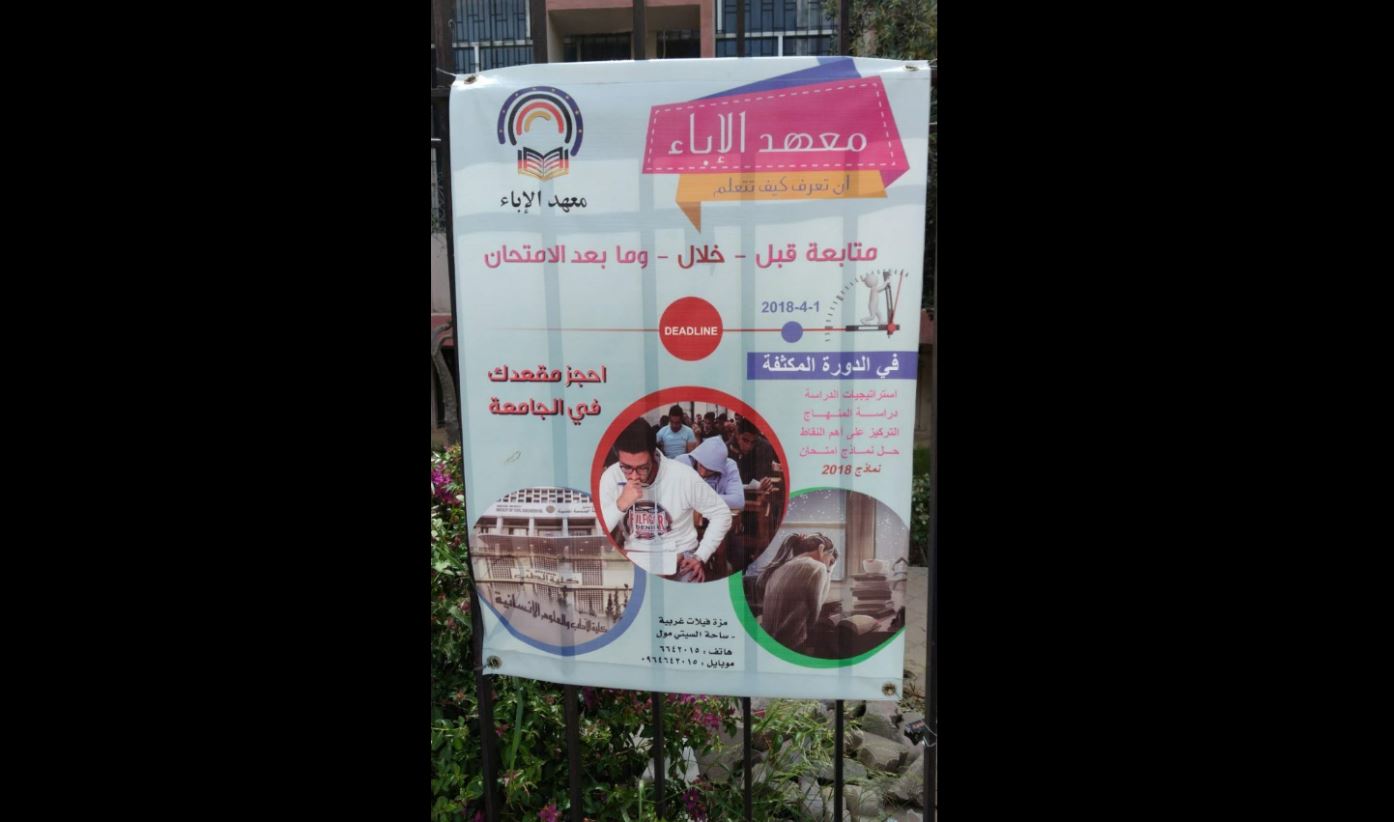 After the outbreak of the Syrian crisis, the international education business fell into a state of disarray. Most countries listed Syria as a high-risk travel destination for organizations, individuals, and students.

According to a correspondent at the University of Damascus, almost all students are now local residents.

In the early hours of April 14, the US, UK and France launched joint attacks on Syria, prompting the country to increase its security measures for its educational institutions.

In the past, Syrian students would choose to enjoy their college’s outdoor facilities or meet with friends in the open. However, that has changed and now students choose to stay in their dorms or classrooms even in their spare time – leaving the campus quieter than ever.