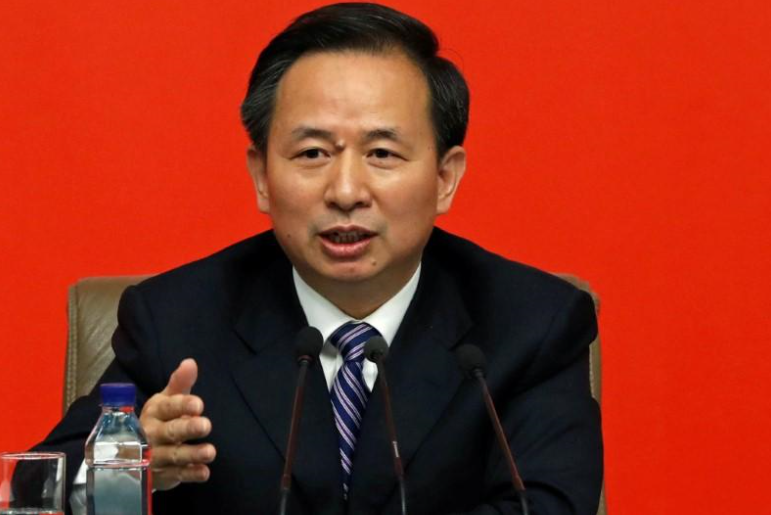 China will strive to comply fully with its own air quality standards by 2035, the country’s environment minister said on Monday, adding that the long and difficult battle against pollution would eventually benefit the economy.

Speaking on the sidelines of China’s Communist Party Congress, Minister of Environmental Protection Li Ganjie urged the public to be “patient” when it came to improving air quality, and said a strengthened environmental protection system would eventually benefit the country’s economic development.

China has been cracking down on big industrial polluters in order to reverse the damage done to its skies, rivers and soil by more than three decades of breakneck growth.

Beijing will impose tough production curbs this winter to cut hazardous airborne particles known as PM2.5 by at least 15 percent in 28 smog-prone northern cities, to help ensure the nations meets a series of politically crucial 2017 targets.

“We are fully aware of the problems we are facing,” Li told reporters.

“Coal accounts for a high proportion of the overall energy mix,” he said. Also, “we have too many commodities transported by trucks. Some companies avoid emission control measures. Some local governments are not enforcing measures from the central government,”  Li said.

China’s capital Beijing is under pressure to bring average PM2.5 readings to 60 micrograms per cubic meter this year, down from 73 micrograms last year. The figure remains significantly higher, however, than even the country’s own official air quality standard.

The World Health Organization recommends concentrations of no more than 10 micrograms, while China itself should aim to meet its own “interim” standard of 35 micrograms by 2035, Li said.

“We understand that current air quality fails to meet people’s expectations,” he said.

“People should be patient about improvements in air quality improvement as it will take time to solve such a big problem.”

China’s average PM2.5 rate stood at 42 micrograms per cubic meter in the first eight months of 2017, down 2.3 percent from the same period last year.

The average reading in the smog-prone Beijing-Tianjin-Hebei region, however, stood at 65 micrograms over the period, up 10.2 percent from a year earlier.