HEADLINE China aims to stop renewable energy being wasted by 2020

China aims to stop renewable energy being wasted by 2020 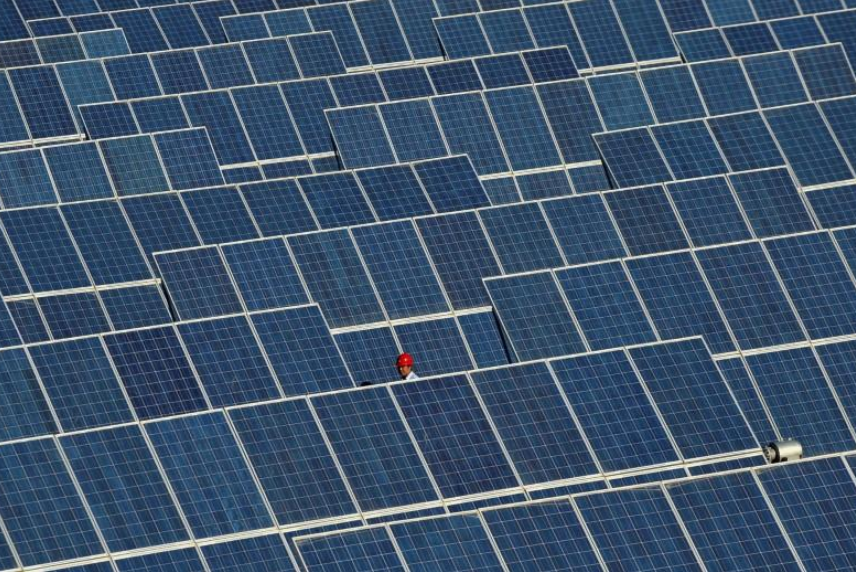 An employee walks between rows of solar panels at a solar power plant on the outskirts of Dunhuang, Gansu province, China, June 10, 2011. REUTERS/Stringer/File Photo

China aims to prevent power generated by its renewable energy sector being wasted by 2020, the country’s National Energy Administration (NEA) said on Monday.

Power from wind, solar and hydro plants is often wasted as there is not enough transmission capacity to absorb it, leading to high curtailment rates, especially in northwestern China.

The NEA said in a statement that the utilization rate of hydro-power plants in the southwestern provinces of Yunnan and Sichuan should reach around 90 percent by 2017.

Solar power waste in Gansu and Xinjiang provinces should be controlled below around 20 percent and in Shaanxi and Qinghai to below 10 percent this year, it added.

Power generated from wind and solar power plants in other regions across the country will have to meet the 2017 targets set by the NEA last year, it said in the statement.

China has vowed to raise the portion of its renewable and non-fossil fuel power consumption to 15 percent of total energy mix by 2020 and 20 percent by 2030.

It also said that it will promote the power trade market and improve its cross-region power transmission capacity to boost renewable energy consumption and cut its coal dependence.

Coal-fired power capacity across the country will be capped at 1.1 billion kilowatt-hours by 2020, the NEA said.