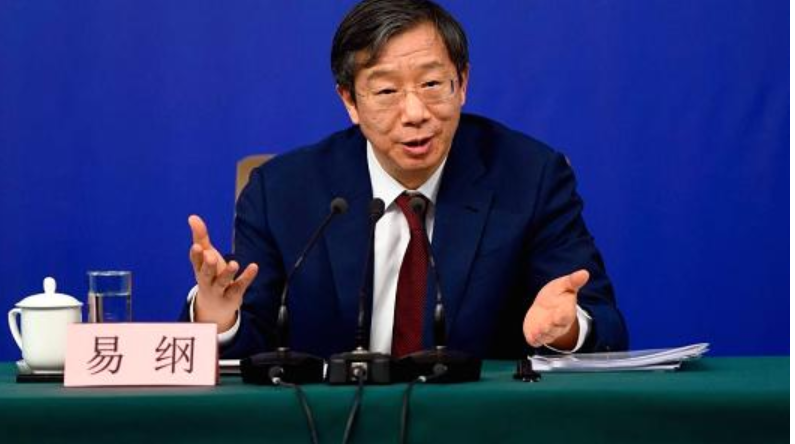 Yi Gang was recently endorsed as the new head of the People's Bank of China. (Photo: AFP)

Right after its first two-day policy meeting under new Fed Chair Jerome Powell, it is expected they will confirm another quarter-point increase on interest rates.

To raise or not to raise?

During a sidelines press conference at the recent Two Sessions, newly endorsed People’s Bank of China (PBC) Director Yi Gang was asked if there could potentially be a rate hike.

“We need to make monetary policy decisions based on comprehensive factors, which consist of domestic economic and financial status,” Yi said.

“The US Fed’s raising their interest rate will not necessarily mean the PBC will follow suit with its domestic interest rate,” said Lu Zhengwei, Industrial Bank’s chief economist in an interview with Shenzhen Business Daily on Wednesday.

Media commentators suggested the Fed hike would serve as Yi’s first real challenge in his new leadership role speculating how the rate could increase with his endorsement.

“Statements such as ‘robust’ and ‘neutral’ financial and monetary policies are aimed to provide support to the real economy. Such policies are applied in credit support to [market] entities and innovation sectors to rein in financial risk and push forward reform,” Yi explained.

A rate increase could come in one of two forms. One, the traditional practice of raising benchmark interest rates for deposits and loans, and two, using monetary policy tools to raise PBC interest rates for reverse repos and medium-term lending facilities (MLFs).

With the last rate hikes, the PBC utilized the latter and business insiders believe they will return to the same method for reverse repos.

Observers are wondering if it will be necessary for the PBC to raise interest rates to mirror market supply and demand, control macro leverage levels, and  narrow interest rate spreads.

“Besides the interest rate spread between China and US, the key indicators PBC pays attention to has yet to go south,” said Sun Binbin, chief analyst with TF Securities.

As Sun explained, should the PBC follow the US Fed and increase interest rates, the main purpose would be to guide alignment between market and operating interest rates within the open market to avoid easing expectations from the PBC.

“If the PBC does not make moves to follow suit, it will further prove the subordination of China-US interest-rate spreads, and the PBC is satisfied with it and would still have an optimistic outlook on the pressure from capital outflow,” Sun added.

The link connecting Sino-US interest-rate spreads and yuan exchange rates are strong. Therefore, it is important to maintain a stable status spread between both countries.

The synergy between China’s monetary policy and the global monetary policy cycle is also prescient. In fact, this might even be more beneficial for national debt market stability and the foreign exchange market, CITIC Securities fixed income chief analyst Ming Ming said.

With both structural reforms on the supply side and the global economy recovering, China’s inflation hit 2.9 percent in February. It is necessary to take advantage of upward adjustments with open market interest rates, Ming noted.

Ming also speculated that it is likely the central bank will adjust its benchmark interest rates during 2018.

On one hand, compared with the past two years, China’s domestic economy rebounded, landing at a higher level during Q1 even though inflation had also risen.

According to Ming, if inflation levels come in anywhere near 3 percent this year, the central bank could re-adjust its benchmark deposit and lending rates.

But on the other hand, raising the deposit interest rate might match the global interest rate increase cycle and domestic inflation trends.

This action could also encourage a continuation with off-balance-sheet operations and financial de-leveraging.

A minimal to zero increase among loan interest rates can reduce actual financing costs for companies keeping in line with the initial purposes of finance assistance which in turn inspires steady growth, Ming explained.

In December 2017, the PBC increased the interest rates for reverse repos and MLF’s by 5 basis points inspired by a Fed-driven interest rate hike.