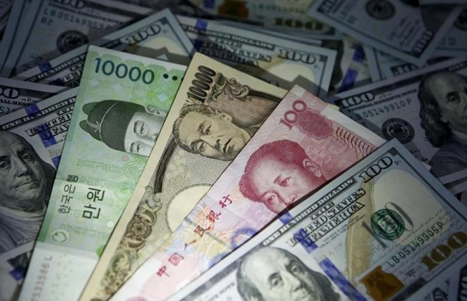 New York （People’s  Daily）- Bloomberg announced Friday that it will add Chinese RMB-denominated government and policy bank securities to the Bloomberg Barclays Global Aggregate Index, once several planned operational enhancements are implemented by the People's Bank of China (PBoC) and Ministry of Finance.  The addition of these securities will be phased in over a 20-month period starting April 2019.

When fully accounted for in the Global Aggregate Index, local currency Chinese bonds will be the fourth largest currency component following the US dollar, euro, and Japanese yen.  Using data as of January 31, 2018, the index would include 386 Chinese securities and represent 5.49 percent of a $53.73 trillion index.

"It is a testament to China's firm commitment to financial reforms and the pace of change taking place in its bond market, and another important step for China's integration with global financial markets," said Bloomberg.

"Bloomberg's inclusion of RMB-denominated bonds in the most widely-used fixed income benchmarks represents a pivotal development for investors around the world," said Henry M. Paulson, Co-Chair of the Working Group on US RMB Trading and Clearing.

"The Chinese interbank bond markets continue to evolve, and Bloomberg will reflect the maturation of this asset class in our global benchmarks," said Steve Berkley, Global Head of Bloomberg Indices.

"Following our introduction of the China Aggregate index in 2004 and the +China indices in 2017, the official inclusion of RMB-denominated securities in the Global Aggregate Index reflects the next natural step expected by global investors," said Berkley.

In addition to the Global Aggregate Index, Chinese RMB-denominated debt will be eligible for inclusion in the Global Treasury and EM Local Currency Government Indices starting April 2019.

The planned inclusion of the Chinese market in the Global Aggregate, Global Treasury, and EM Local Currency Government Indices will be phased in over a 20-month period, starting in April 2019, with a scaling factor of 5 percent and increasing in 5 percent increments each month. Bloomberg will review the speed of implementation on an annual basis, per the company's governance process.