HEADLINE China calls for calm and restraint over Syria

China calls for calm and restraint over Syria 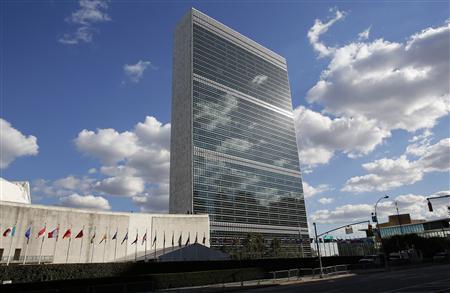 New York (People’s Daily) – At a special United Nations Security Council meeting Friday, Ma Zhaoxu, China's Permanent Representative to the UN, urged all parties concerned to remain calm, exercise restraint, and work together to create a solution over the situation in Syria.

The special was held on Friday at Moscow's request over the threat of international air strikes targeting Syrian President Bashar al-Assad's regime, amid warnings that the situation could spiral out of control into a larger regional and global confrontation.

This is the third Security Council session since suspected chemical weapons were used in Syria last week. During the session, dire warnings were accompanied by accusations, primarily from diplomats for the United States and Russia.

Nikki Haley, the US ambassador to the UN, accused Russia of lying and covering up for the Syrian government, saying that the country had used chemical weapons at least 50 times during the seven-year-long conflict.

“Russia can complain all it wants about fake news, but no one is buying its lies and its coverups,” Haley said.

“We continue to observe dangerous military preparations for an illegal act of force against a sovereign state in what would constitute a breach of international law,” Russia’s UN Ambassador Vasily Nebenzya said. “The sole thing they have an interest in is to oust the Syrian government and, more broadly, to contain the Russian Federation.”

The current state of chaos in the Middle East, including the conflict in Syria, had become a threat to international peace and security, UN Secretary-General António Guterres told the Security Council before the council members started discussing the reported use of chemical weapons.

“Increasing tensions and the inability to reach a compromise in the establishment of an accountability mechanism threaten to lead to a full-blown military escalation,” Guterres said. “This is exactly the risk we face today, that things spiral out of control. It is our common duty to stop it.”

Ambassador Ma Zhaoxu, China's Permanent Representative to the UN, urged all feuding countries to set aside their differences and work together to create a solution.

"We call on the parties concerned to remain calm, exercise restraint, refrain from any move that may lead to further escalation of the situation, solve the issue peacefully through consultation and dialogue," Ma said.

Ma said during this critical time, the Security Council needs to do everything in its power to create unity between countries to avoid war. He also stressed that the pressing priority is to launch a comprehensive, objective and impartial investigation into reports of chemical weapons use in Syria to arrive at an authoritative conclusion.

Ma said that China has consistently been in favor peacefully settling disputes and has been opposed to the use of force or even threats of force in international relations.

"Unilaterally taking military action by circumventing the Security Council is inconsistent with the principles and purposes of the UN Charter and runs counter to the norms of international law and those governing international relations,” Ma said.

Ma said the situation in Syria has a bearing on regional and global peace and stability as well as the credibility and authority of the Security Council. He also added that China is ready to work tirelessly to achieve peace and security in the Middle East and the world at large.