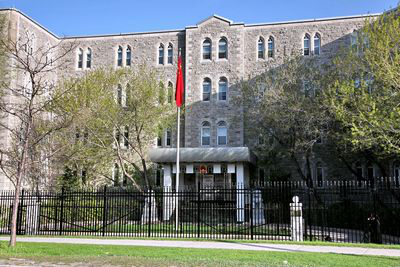 Ottawa (People's Daily) - Trade analysts outside of China and Canada are watching closely for signals between the two countries that could reveal the status of free trade discussions. And many feel it is up to Canada to decide how they want to engage in this win-win trade relationship. Meanwhile, China stands ready to meet at their request, a gesture aimed at defeating the rising threat of global protectionism.

During an afternoon discussion with Chinese and Canadian journalists in Ottawa, China’s ambassador to Canada Lu Shaye said, “Under the current circumstances, starting free trade discussions now between China and Canada would send a powerful signal to the world that both sides uphold free trade and economic globalization.”

Both sides have yet to begin formal free trade negotiations. So far, they have completed four rounds of exploratory meetings, making progress on a number of trade issues.

Lu confirmed they have already reached a general consensus on a potential free trade pact, as formal trade discussion would offer a blow against the threat of global protectionism.

Holding up formal free trade talks between the two countries is Canada’s insistence on its progressive trade agenda, particularly with labor standards.

“We have reached agreements on many issues but there still remain some differences on the so-called progressive trade factors,” explained Lu.

“Our basic position is that no matter under what name or concept, we should not bring too many issues that have nothing to do with trade into the free trade talks.  Both sides probably even disagree on how to define a trade-related issue.

“We just want to emphasize that we don’t want those kind of ideas to be implemented among the negotiations between China and Canada. If we cannot reach a definition, it is better for us to remove this stumbling block and prevent it from interfering with free trade talks,” Lu further explained.

“The two countries must begin formal trade negotiations this year so that the question of whether to deepen ties to Beijing does not get tangled up in next year’s expected federal election,” said Saint Jacques.