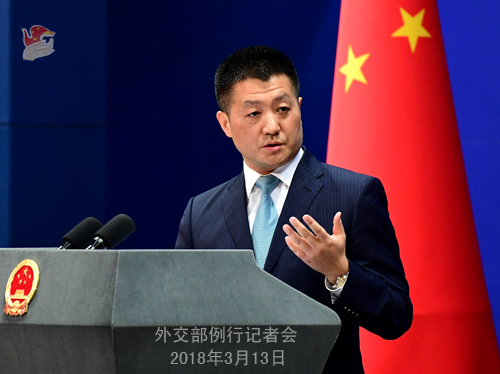 BEIJING, March 13 - A Foreign Ministry spokesperson on Tuesday reiterated China's stance on the current situation on the Korean Peninsula.

There is an opportunity to return to negotiations over the Korean Peninsula nuclear issue, spokesperson Lu Kang said, calling for encouragement and support.

Lu said the United States and the Democratic People's Republic of Korea (DPRK) have expressed their willingness to have direct dialogue.

China firmly adheres to the goal of denuclearization, peace, and stability on the Korean Peninsula, as well as supporting dialogue and negotiation to resolve issues, Lu told a regular press briefing.

China will continue its role in encouraging the concerned parties to use dialogue to achieve peace and stability on the Korean Peninsula, Lu said.