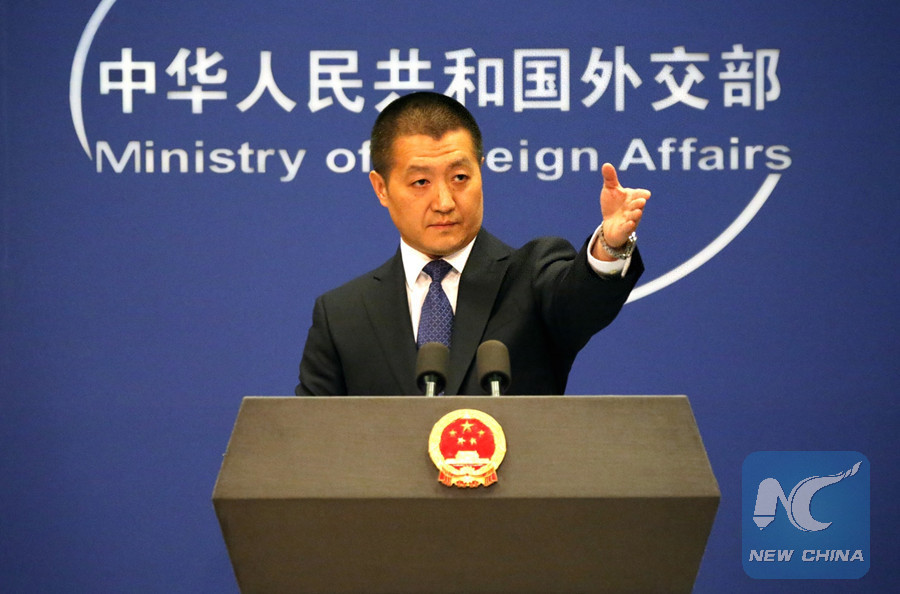 China has defended its soccer team's move to stop an international competition after seeing flags suggesting "Tibetan independence" raised by spectators, saying that the country resolutely opposes any move by separatists.

"China resolutely opposes any country, organization or individual to use any form or reason to support the activity of 'Tibetan separatists,'" Foreign Ministry spokesperson Lu Kang said at a daily briefing on Monday.

Lu's remarks came after the players of the Chinese under-20 team walked off the pitch and refused to play the match in Germany on Saturday when seeing spectators with flags suggesting "Tibetan independence."

The Chinese players did not return to the pitch until the spectators put away the flags, and the match restarted after a 25-minute delay, forbes.com reported Saturday.

"I have to stress that respect is what the host should pay for their guests and respect is mutual in any country," Lu said.

"Tibet-related issues concern the core interests of China and the feeling of the Chinese people," Lu explained.

Ronny Zimmermann, vice president of the Deutscher Fussball-Bund, German soccer's governing body, said he was disappointed by the protesters' move. But while Germany wants to be good hosts to the Chinese side, the games will be played "within the framework of freedom of expression," forbes.com reported.

However, separatist moves should not be protected by freedom of speech and the Chinese should take a zero-tolerance attitude toward such moves, Sun Jin, a Chinese professor who is in Germany for academic exchange activities, told the Global Times.