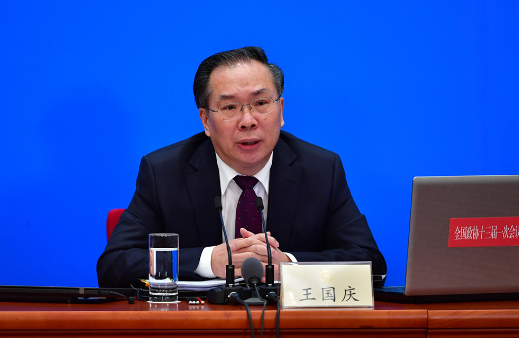 China refuted on Friday the claims by some Western media outlets that China is using “sharp power” to impose political influence on Western countries.

"It’s not the first time when a phrase has been invented to smear China and it won't be the last time,” said Wang Guoqing, spokesperson for the First Session of the 13th Chinese People's Political Consultative Conference (CPPCC) National Committee, adding that some people in the West are still using a Cold War mindset even in the 21st century.

During a press conference for the first session of the 13th CPPCC National Committee, a journalist asked: “Some Western media claim that China is engaged in infiltration into the West through cultural communication, and using ‘sharp power’ to impose political influence on and interfere with the internal affairs of Western countries. What’s your comment on this?”

"We are not only working to present our image, but to help the international community get a full picture of China in a timely and truthful manner,” Wang said. “In the past, we couldn’t make ourselves heard, but now we are capable of making our voice heard far and wide. It’s natural that we want to showcase our own image.”

Wang said people should work to build a community with a shared future for mankind instead of smearing each other with a confrontational mindset.

In the 70-minute press conference that started at 4:30 pm BJT (0830GMT) in Beijing, Wang answered a total of 16 questions from reporters, including two on China-Japan relationship and China's trade commitments.