The R Visa, or foreign talents visa, has recently expanded to high-skilled foreigners, including scientists, entrepreneurs and leading experts in the science and technology sectors. Photo: VCG

Gu Chong, a professor of statistics at Purdue University in the US, was glad that he recently got a confirmation letter for getting an R Visa or the foreign talents visa. In September 2017, he was invited to China by Tsinghua University to work as a distinguished professor for a year. Doing academic work, Gu has to take many trips to and from China. The R Visa, which is a long-term, multi-entry visa, provides convenience and flexibility, so he applied for it, Gu said. The application process was guided by the Beijing foreign experts service staff, and all he needed to do was provide the needed information and documents as instructed, he recalled. "As a current 10-year, multi-entry Q2 Visa holder, I really enjoy the convenience. With a potential long-term, multi-entry visa (R Visa), one would be able to enjoy the same convenience while conducting academic affairs," Gu told Metropolitan.Xinhua News Agency reported on January 4 that the State Administration of Foreign Experts Affairs (SAFEA) announced easier visa permits for high-skilled foreign workers as part of China's effort to bridge the talent gap. Before the new rule, China has issued R Visas or the foreign talents visa for foreign experts whose skills are urgently and highly needed in China. Now the applicants will be expanded to those who are qualified as high-level talents or fall into Category A in the Categories for Foreigners Working in China, including scientists, entrepreneurs and leading experts in science and technology industries. The expiration date of the visa could be extended to five to 10 years after issuance, with multiple entries and 180-day stays for a single entry. Spouses and minor children of the applicants could gain the same visa as early as a day after filing the applications. Applicants could get their confirmation letters within five working days. With the confirmation letters, they can apply for the R Visa. The application is free of charge, Xinhua said.The new rule has triggered much discussion in the expat community about its potential influence and problems. Metropolitan has interviewed several foreigners and experts to share their insights on the new visa policy. 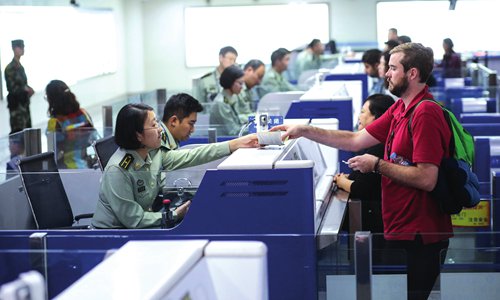