China's annual two sessions-the 13th National People's Congress (NPC) and the 13th National Committee of the Chinese People's Political Consultative Conference (CPPCC) —concluded in Beijing with landmark decisions, the most prominent being the amendment to the country's Constitution. It is well-recognized that the amendment is of historic significance as it is designed to ensure lasting stability.

The institutional restructuring plan of China's State Council approved during the two sessions will infuse a new generation of leaders who can steward China to the strategic goals it has set for itself. 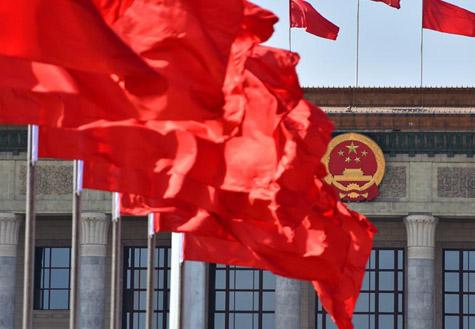 China enters a new phase of long-term stability and development.

Since the People's Republic of China was founded, China has succeeded in transforming itself under the capable leadership of the Communist Party from a position of underdevelopment, poverty, weakness and vulnerability, in a short period to development, prosperity, strength and influence.

China's story has not been told. The China watchers in the West are either oblivious of the workings and the ground realities in China or do not wish to see China's emergence as a prosperous powerful country.

But China's rise is the only positive development in international relations over decades after WWII. China has done it in its own way, combining Marxist-Leninist path with its own social and cultural values, known better as 'Chinese characteristics'. China, indeed, went through a hard learning process.

A series of critical and profound reforms have been launched in China since 1978, some of them known as the household responsibility system, establishment of special economic zones/industrial zones, simplification of rules and procedures for foreign investment, governance reforms by reducing red tape, and rule of law. Reform and opening-up gave tremendous impetus to China's success, not only its economic growth, but also its judicial and political systems.

The last five years have been a particularly spectacular period in the rise of China and its influence regionally and globally.

China has been successfully positioning itself as a major player in the regional and global arena.

In my view, the omnipresence of a strong visionary leadership is the major element. I think this has been China's greatest fortune, in a contemporary world confronted by a "leadership crisis" on top of all other challenges.

President Xi has steered China to great heights of success in building a 'modern, prosperous, developed, democratic socialist country with Chinese characteristics.' The international community has been impressed by China's successes in the domain of governance, such as President Xi's efforts to promote rule of law and tackle corruption, in  the economy aiming for high quality inclusive growth and prosperity, banishing poverty and further opening up to the world, in ecology by promoting 'beautiful China through improving the environment and cutting greenhouse gas emissions, and in defense, by making China a world class military power.

It is clear that the quality of Chinese leadership has been improving with each successive generation of leaders. This is indeed courtesy of Chinese characteristics, which can be distinguished by the institution of 'collective leadership.' There is a deep underlying lesson for other societies in it.

Ambassador (Retired) Syed Hasan Javed served as Pakistan's Ambassador to Germany, Singapore and Mauritius. He worked in China in two diplomatic assignments for nearly a decade. Currently, he is the Director of the Chinese Studies Centre, National University of Science and Technology (NUST), Islamabad.