By Zhao Cheng from People’s Daily

China is estimated to set a new high in the upcoming Singles' Day, the country's biggest online shopping carnival that falls every year on November 11, after it wowed the world with a record -high sales last year, researchers said in a recent report.The country is expected to handle over 1 billion parcels during the annual online buying spree, estimated the report released by market research corporation Nielsen and Ali Research, the research arm of Chinese e-commerce giant Alibaba.Data showed that Tmall, Alibaba's business-to-consumer platform, saw sales worth 120.7 billion yuan ($18.3 billion) on that day of last year, refreshing the global retail record. The transactions covered 235 countries and regions. 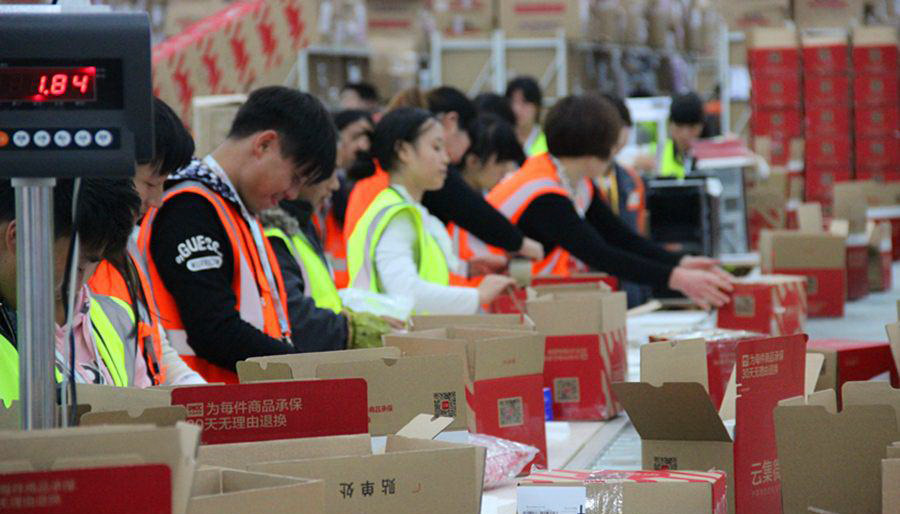 On Nov.11th, workers were busy packing day and night to ensure that customers could get their goods as quick as possible. (Photo from People’s Daily Online)

As an effort to explore international e-commerce cooperation, China has also set up collaboration mechanisms based on multiple platforms including Asia-Pacific Economic Cooperation, Shanghai Cooperation Organization, BRICS and G20.

The country has also intensified e-commerce cooperation with major Belt and Road countries, as it has inked bilateral documents with six nations including France, New Zealand and Vietnam.

Compared with shopping holidays in Western countries, China’s shopping carnival stands out with an innovative business mode, advanced supply chain and logistics, as well as secured and convenient payment method, said Paul Greenberg, executive chairman of the National Online Retailers Association of Australia, adding that these are the unique contribution of the Chinese to global business.