China's Ministry of Commerce (MOC) said on Thursday that external pressure will not change China's resolution and confidence in opening up. 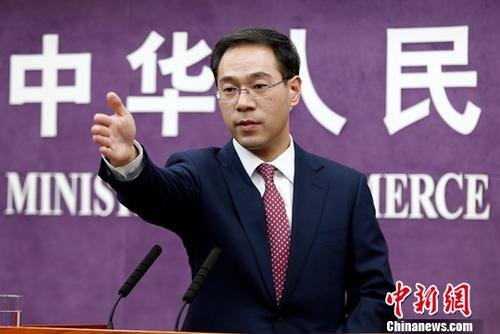 "China will stick to its opening-up policy more firmly without being affected by external pressure," said MOC spokesperson Gao Feng at a press briefing.

Gao made the remarks in response to a question about the view that China's slower-than-expected fulfillment of World Trade Organization(WTO) obligations is the cause of the U.S. government's latest plan to impose tariffs on imports from China.

Since its accession to the WTO, China has actively assumed its responsibilities as a major developing trading nation and continued to open up its market, having cut its overall tariff level from 15.3 percent to 9.8 percent, said the spokesperson.

The spokesperson said the United States should not take its own course but come back to the right track of advocating win-win cooperation between the two countries.

Last Thursday, U.S. President Donald Trump signed a memorandum that could impose tariffs on up to 50 billion U.S. dollars of imports from China and restrictions on Chinese investment in the United States.

The memorandum is based on a Section 301 investigation, launched by the Trump administration in August 2017, into alleged Chinese intellectual property and technology transfer practices.