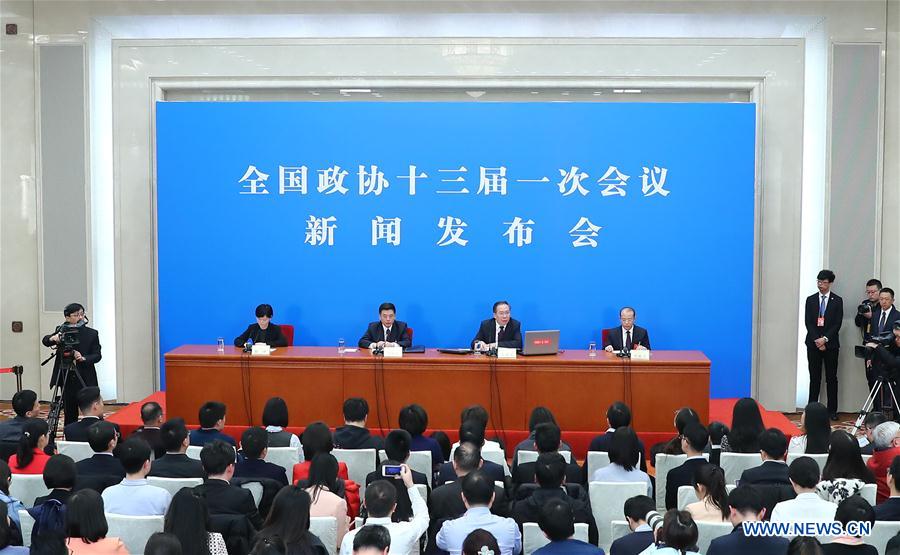 China’s door will open wider and make greater contributions to the global economy, a spokesperson said Friday, rejecting a US statement blaming China acts contrary to its trade promise.

China has comprehensively fulfilled its commitments since its entry into the World Trade Organization (WTO) and repeatedly cut tariffs, said Wang Guoqing, spokesman of the first session of the 13th National Committee of the Chinese People's Political Consultative Conference (CPPCC).

Wang made the remarks at a press conference on Friday, a day before the top political advisory body's annual session.

When asked about the US officials’ complaint that China’s WTO membership was allegedly a “mistake”, Wang said the unilateralism the US is pursuing has stirred concerns among WTO members.

Wang stressed that China firmly sticks to the policy of opening-up and vigorously advocates a multilateral world trade system.

Wang noted that this year marks the 40th anniversary of reform and opening-up and China will strive to expand market access, especially in the service and finance sectors. “We believe that a more open Chinese market will make greater contributions to the world economy,” added Wang.