China is well grounded to keep its prudent monetary policy and "fully prepared" for the monetary policy normalization in other major economies, the central bank governor said Wednesday at the Boao Forum for Asia annual conference. 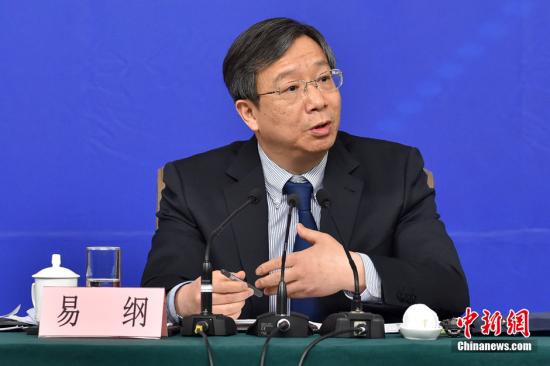 The People's Bank of China (PBOC) has foreseen the moves taken by major economies to shrink their balance of sheets and is thus fully prepared for the monetary policy normalization, PBOC Governor Yi Gang said.

Yi said that China's monetary policy has been prudent and neutral, and that no quantitative easing or zero-interest rate has been used.

"We are well grounded to continue the prudent policy. When other countries start monetary policy normalization, we will stick to our prudent approach," he said.

Citing the ten-year government bond yields in the Chinese and U.S. markets as an example, Yi said that the spreads between the two markets' interest rates, which also include the overnight rates and seven-day rates, have remained in a comfortable range.

"We think our monetary policy and the interest rate spreads are overall stable, which is conducive to China's economic development," he said.

Speaking of the market-based reform of the interest rates, the governor said that the "best tactics" is to gradually unify the country's dual-track interest rates and have the market play the decisive role.

Under the dual-track system, there is a benchmark interest rate for commercial banks' loans and savings, while the money market rates are already fully decided by the market.

When asked to comment on China's debt to GDP ratio, Yi said that the primary task facing the central bank is to keep the debt level stable.

The second task is to further optimize the country's debt structure and keep a balance among the debts held by the government, corporations and individuals. Then the third task is to make the country's total leverage rate more reasonable, according to Yi.