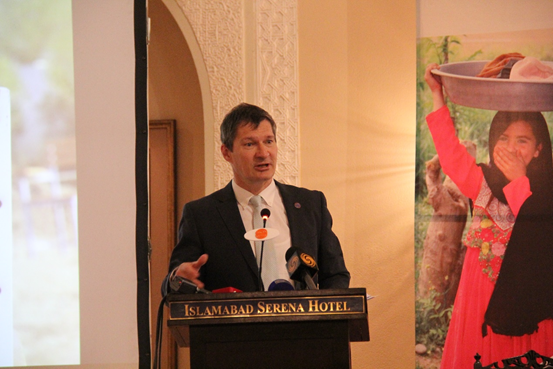 “China is playing a leading role in South-South cooperation and has already become a significant partner for many developing countries,”Neil Buhne, the United Nations Resident Coordinator in Pakistan, said at the closing ceremony of the Pakistan-China Recovery Initiative on Monday.

According to Buhne, the United Nations Development Programme’s project“provided essential assistance to 8,100 returning families in FATA to re-establish their lives in the critical first months after return.”

A total of "423 schools in flood-affected districts of Balochistan were refurbished, giving almost 19,000 children the opportunity to receive education in a conducive environment," he added.

The South-South cooperation fund was set up by the Chinese government to shoulder its international responsibility, as a special fund dedicated to helping developing countries pursue sustainable development goals, said Zhao Lijian, the Chinese Deputy Head of Mission to Pakistan.

"It is highly appreciated that the Pakistani government has given strong support to South-South Cooperation and I am very impressed by the high sense of responsibility, rich experience and professional competence of UN agencies,”Zhao said.

China also contributed $1 million to enable the World Food Programme (WFP) food assistance for 158,000 people in Pakistan. In addition, 5,600 children under five months, and pregnant and nursing mothers received six months of support to prevent malnutrition, according to the results released on Monday.

"Families who have been affected by displacement and insecurity in recent years are vulnerable to food security. They often lack the resources to access nutritious foods. This has an impact on every aspect of life, from health and education to work and well-being,”said Katrien Ghoos, WFP Acting Country Representative, adding that China is an increasingly significant global player and a vital donor to WFP operations.

“We are all fortunate that China has prioritized supporting development and humanitarian assistance in Pakistan, in particular through this initiative to provide assistance to people in areas that have been affected by both natural and man-made crises,”Buhne said. 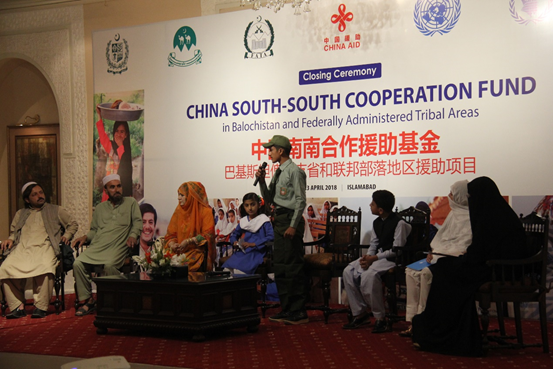 Families who have benefitted from the project are invited to share their stories.