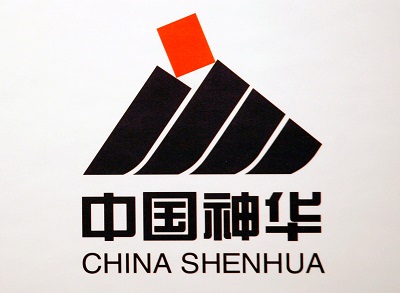 The two companies will be restructured to form a new energy investment company, the State-owned Assets Supervision and Administration Commission (SASAC) said on its website.

The move came with little surprise, as the listed arms of the firms had suspended trading of their stocks on the Shanghai Stock Exchange since early June, a move widely considered to signal a merger.

Following the announcement Monday, the listed arm of Shenhua Group on the Hong Kong Stock Exchange surged more than 4 percent before falling back slightly.

As the world's largest coal supplier, Shenhua Group had total assets of over a trillion yuan (150.7 billion U.S. dollars) by the end of April this year. It ranked 276th among the global Fortune 500 in 2017.

In the first half of 2017, China Shenhua Energy Company, the listed arm of the group, reported revenue of 120.5 billion yuan, an increase of 53.1 percent year on year.

With total assets of more than 800 billion yuan, China Guodian Corporation is one of the country's largest power generators with installed capacity of over 143 GW. It ranked 397th among the global Fortune 500 in 2017.

The merger between the two power giants was in line with the country's aim to cut overcapacity in the coal and power sectors through restructuring state-owned enterprises (SOEs), analysts said.

SASAC has been actively restructuring SOEs this year in a bid to improve their efficiency, with the number of central SOEs falling to 98 after Monday's announced merger, down sharply from 196 in 2003.