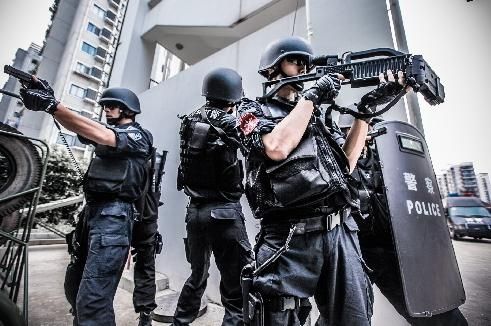 China's political and legal authorities promised to step up efforts to fight gangs and organized crime in 2018, vowing to shore up people's sense of security and safeguard social justice.
China's major political and legal agencies, including the Supreme People's Court, the Supreme People's Procuratorate (SPP), Ministry of Public Security, and Ministry of Justice, have been respectively carrying out their national workshops and have announced annual work plans recently.
Political and legal workers are urged to carry out their duties to further promote fairness, transparency and efficiency. 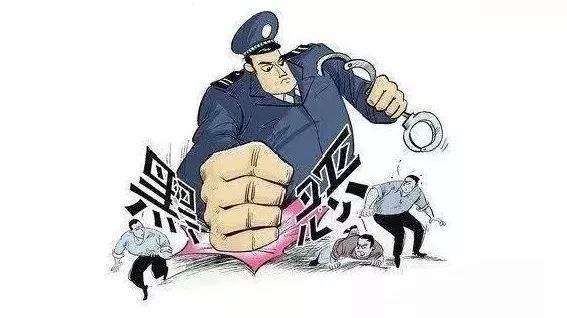 Uproot gangs and organized crimes
Police will fight more resolutely against gangs and organized crime, and eradicate the political, economic and social conditions that foster such crime in 2018, minister of public security Zhao Kezhi said at the ministry's workshop.
The ministry on Wednesday announced the launch of a two-year national campaign against crime involving guns and explosives, the latest move echoing the calling.
The crackdown will target the manufacturing and sales of guns and explosives within China and the smuggling of related goods from overseas.
Also on Wednesday, three law-enforcement departments jointly began a campaign to crack down on gambling in rural areas, especially on mafia-style gangs involved in gambling-related activities.
Procurator-General Cao Jianming ordered prosecutors across the country to strengthen the fight against gang crime into a "crushing tide."
The SPP later issued a notice asking procuratorates at all levels to step up punishment for gang crime and its protective "umbrellas."

These gestures came after the central authorities announced a new campaign against gangs and organized crime, and their protectors, in late January.
In a recent action on gang crime in east China's Zhejiang Province,  more than 5,000 police officers were mobilized to arrest over 1,200 suspects, seizing about 250 guns and knives.

The procurator-general said that in 2018 prosecutors nationwide will improve their work on public interests litigation, especially on environmental protection, and food and drug safety.
According to the amendments to the Civil Procedure Law and the Administrative Procedure Law, prosecutors are now empowered to file litigation as plaintiffs against any act that compromises public rights and interests.
The Ministry of Justice promised to expand legal aid services to rural areas and staff every village with at least one legal assistant by the end of 2018.
At the conference of the State Bureau for Letters and Calls, the office pledged to further improve the country's online petitioning system in 2018 to ensure better services and more transparency for government organs.