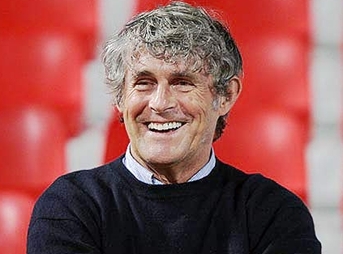 Veteran coach Bora Milutinovic, the Serbian who took China to their only World Cup in 2002, will work as a consultant to the Chinese FA (CFA) as they attempt to engineer a return.

The popular 73-year-old will help the CFA in its drive to improve the quality of Chinese youth players, the CFA said in a statement, calling Milutinovic "an old friend".

The statement quoted Milutinovic -- who has also coached Iraq, Nigeria, the United States and Mexico, among many others -- as saying that China holds "a special place in his heart" and he is committed to helping the CFA develop its youth training system.

Some Chinese clubs have been spending heavily to bring in foreign stars, but the Chinese government and football authorities are eager to invest in local players and last season introduced a 100 percent tax on incoming overseas players -- the surcharge going into youth development.

China, under Italian World Cup winner Marcello Lippi, again failed to make this year's World Cup but are slowly moving up the FIFA rankings, where they currently lie 71st.