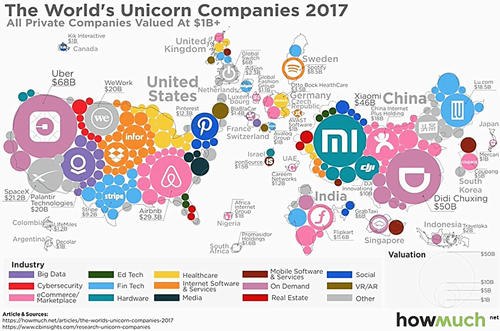 Unicorn companies in the world. (Photo: Howmuch.net via WEF)

Having transformed from a follower into a potential leader, China is catching up fast in technological innovation, said Wang Yiming, deputy director of the Development Research Center of the State Council, in a speech at the China Development Forum.

In sectors such as mobile payment, e-commerce and new energy, China ranks among the world's leaders, Wang said. 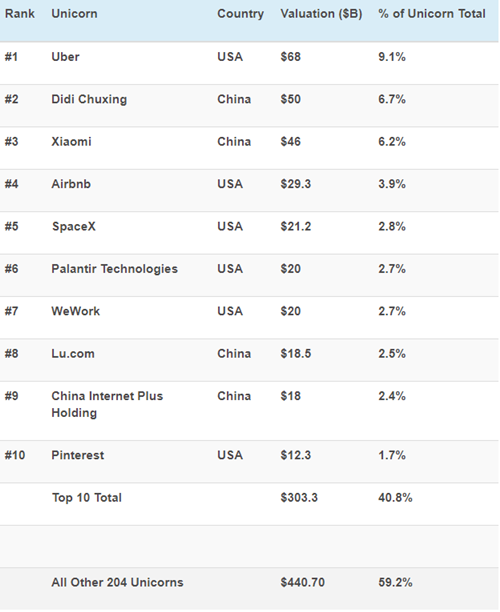 As China's policymakers pledged to steer the economy onto a new path featuring high-quality growth, rather than high-speed growth, a booming digital economy is reshaping China's economic landscape on the back of technology such as big data and AI.

In recent weeks, the country's regulators signaled that they would fast-track new listings by unicorn companies to "invigorate the country's capital market and foster the new economy."