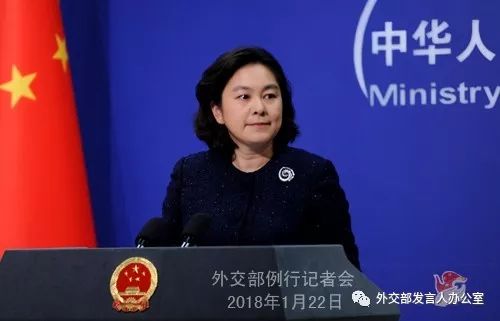 China on Monday expressed the hope that the United States will correctly view bilateral relations and stop distorting China's defense and diplomatic policies.

Foreign Ministry spokesperson Hua Chunying made the remarks at a routine press briefing when asked to comment on the 2018 National Defense Strategy (NDS) of the United States.

According to reports unveiled Friday, the Pentagon believes competition from China and Russia is a greater risk to the United States than terrorism.

"As China continues its economic and military ascendance, asserting power through an all-of-nation long-term strategy, it will continue to pursue a military modernization program that seeks Indo-Pacific regional hegemony in the near-term and displacement of the United States to achieve global preeminence in the future," said the report.

Hua said the report was full of Cold War thinking and obsolete notions of "zero-sum" games.

She said the report made fundamental mistakes by deliberately distorting China's national defense and foreign policy and overblowing the strategic competition among major powers.

Hua said China has always been a builder of world peace, a contributor to global development and a guardian of international order.

"We hope that the US will abandon the Cold War mentality and work with China to focus on cooperation and control differences so as to safeguard the long-term, healthy and stable development of China-US relations," said Hua.

She said it is the right choice for the interests of both countries and the world.