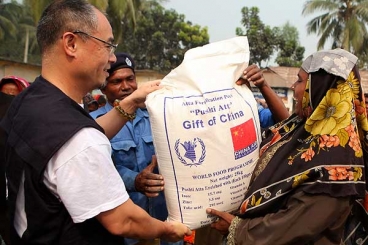 China said it hopes the situation in Zimbabwe remains stable, and promised Chinese friendly policies to Zimbabwe will not change.Zimbabwe's military leaders seized control of the capital and ousted President Robert Mugabe. The two sides are trying to reach a deal on the future of the country. Mugabe, who has been president of the country for 37 years, is now under house arrest.China has always paid close attention to the situation in Zimbabwe, Chinese foreign ministry spokesperson Geng Shuang said during a press conference on Thursday."We wholeheartedly wish the political situation in Zimbabwe will remain stable, and problems will be solved properly and in a peaceful manner," Geng said.As to China's investment in the African country, Geng said that bilateral cooperation will continue."China-Zimbabwe friendly cooperation is an all-round one and benefits people of both countries. China's friendly policies toward Zimbabwe will not change," Geng said.China will continue to develop friendly cooperation with Zimbabwe under the principle of mutual benefits, cooperative and a win-win situation, he said.