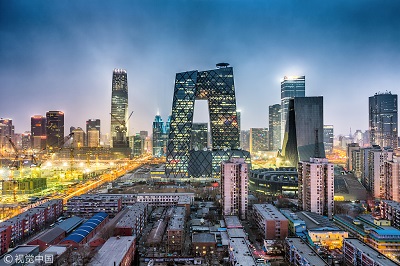 Recently, several renowned polling agencies and media outlets including Gallup, BBC and Edelman published survey reports on the international image and influence of countries. In the unnamed "voting evaluation" involving people across the world, China received "high scores" and led the world in aspects such as goodwill, leadership, and credibility.

One of the highlights of the survey is that European and American people have a good impression of China. .

On Feburary 28, a latest Gallup survey revealed that 53% of US citizens hold a positive view on China, reflecting American citizen’s increasing recognition of China’s peaceful development.

American scholar Bruno Binetti pointed out that China’s foreign policy is open and confident, and its strong economic growth has provided impetus for recovery to the world economy. For Latin American countries with sluggish economic growth for many years, China’s stable demand for their commodities is crucial for boosting Latin American economy.

Taylor, a professor of political science at the University of St. Thomas, pointed out that the development of the Chinese economy over the past few decades has given the world a successful development model different from that of the West. China has become a role model for developing countries.

“The latest Gallup survey statistics shows that China’s leadership is more popular. This displays that China’s initiative is more in line with the trend and conforms to the will of the people,” said Angus Deaton, a Nobel Prize winner in economics.