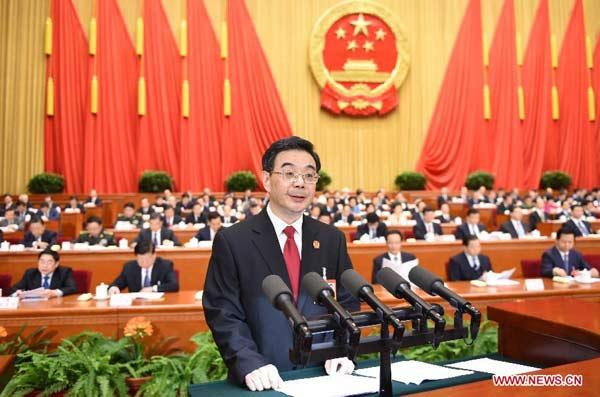 BEIJING -- Letting the public feel fairness and justice in every judicial case is the goal of courts across China, a work report of the Supreme People's Court (SPC) said Friday.

The report will be delivered by Chief Justice Zhou Qiang at a plenary meeting of the on-going first session of the 13th National People's Congress Friday afternoon.

People's sense of fulfillment, happiness and security have been improved through judicial services, it said.