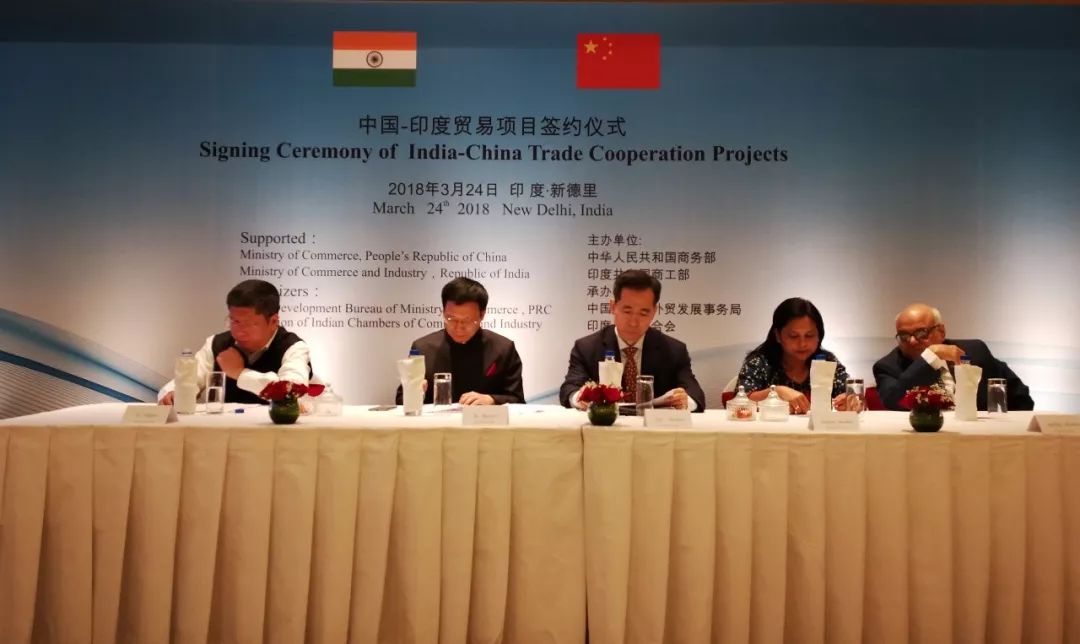 New Delhi (People's Daily) - Business representatives from China and India strike deals worth of $2.37 billion under the witness of both countries’ trade officials in New Delhi Saturday afternoon.

China has been striving to balance the trade with India by expanding imports from the South Asian country, which is China’s largest trade partner in the region, said Ren Hongbin, director-general of the ministry's Department of Foreign Trade, at the signing ceremony.

The bilateral trade volume between China and India reached $84.5 billion in 2017, up 21.4 percent compared to previous year.

The deals are the initial outcome of a five-day visit of a Chinese trade promotion group led by China’s Commerce Ministry.

In order to cooperate with Commerce Minister Zhong Shan’s visit to India and boost bilateral pragmatic cooperation, the ministry organized the trip from March 23 to 27.

The group is composed of more than 30 company representatives from textile industry, pharmaceutical, agricultural products, petrochemical industry, commercial trading and other fields.