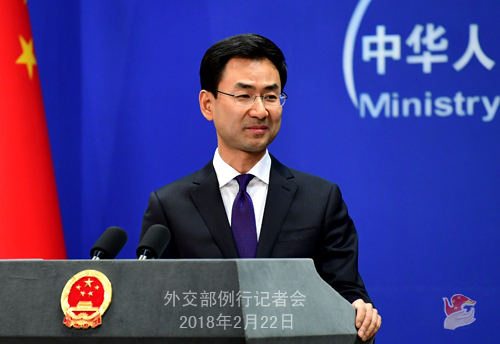 China said on Thursday it is investigating a Japanese report that a ship marked with Chinese characters may have transferred cargo to a North Korean vessel in a potential violation of UN sanctions on the high seas.

Japan said late on Tuesday that a military patrol plane and an escort vessel observed the alleged transfer in the East China Sea last week.

He added that China would deal with any individuals or businesses suspected of violating the resolutions "in strict accordance with China's laws and regulations, based on all evidence."