HEADLINE China is fully prepared and will fight back: MOC

China is fully prepared and will fight back: MOC 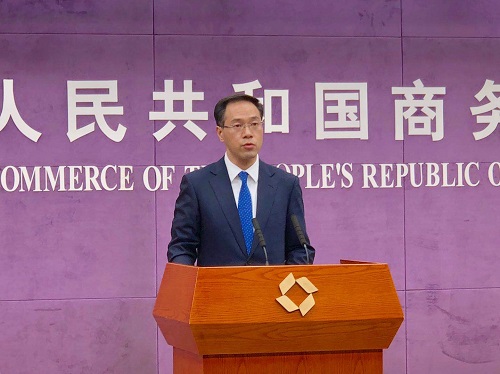 Beijing (People’s Daily) – China said it is prepared to immediately retaliate if the US makes good on its threat to double down on a trade dispute.

“If the US decides to add tariffs on another $100 billion of Chinese goods, China is fully prepared and will not hesitate to take any measures to fight back immediately,” said Gao Feng, spokesperson of China’s Ministry of Commerce, at a press conference Friday evening.

There have been no talks over economic and trade issues between Chinese and US economic officials recently, the spokesperson added.

Gao said that the US has made the wrong decision, and its actions will harm itself.

Gao’s remarks come after US President Donald Trump announced that the US is considering extra tariffs on $100 billion worth of Chinese items, heightening trade tensions between the world’s two largest economies.

“China has full preparations for any escalated actions from the US and has drafted concrete countermeasures. China will never cause a dispute, but will resolutely fight back if others do so. Chinese people always do what they say,” Gao said.