China is stronger in AI production and application than the US 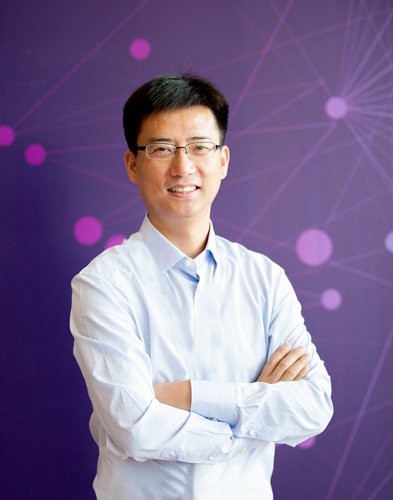 In 2017, artificial intelligence (AI) developed rapidly in China, and many Chinese AI companies were inclined to expand their international businesses. It is reported that Alibaba Cloud is going to launch a new data center in India. Global Times reporter Bu Yingna (GT) recently interviewed Hu Xiaoming (Hu), senior vice president of Alibaba Group and president of Alibaba Cloud, to gain more information on the status quo and future trend of AI development in China.

GT: The year 2017 welcomed the high tide of AI. With thousands of newly registered AI enterprises, the media at home and abroad have generally been worried about a possible bubble in the AI industry. Some analysts even hold the view that some related companies will collapse in the next few years. What do you think about this problem?Hu: The AI industry does exhibit the bubble phenomenon, but not only in China. An AI bubble also exists in other places in the world, including the US. Since the AI industry is undergoing rapid development, the emergence of bubbles is normal. Without these bubbles, a healthier industry won't develop. However, what we need to be wary of is where we will be when the bubble eventually bursts. In my opinion, AI must return to realistic problem solutions to contribute to economic, industrial and agricultural development as well as social governance.In the increasingly competitive AI industry environment, companies wanting to avoid failure must often ask themselves three questions: First, are we problem-oriented and scene-oriented, or, what complex problems can we solve? Second, do we have enough data to drive the idea? Third, is our computational power strong enough to push the data and algorithms to serve the purpose of problem solving? In my view, AI must be combined with specific industries and will be more meaningful when it is employed to solve practical problems.

GT: China and the US are considered the two largest players in the game of AI, while they are also undergoing fierce competition. In your opinion, what are the advantages of each side and who will be the possible leader in the future?Hu: Both China and the US have their own advantages in terms of AI development. The US enjoys favorable conditions in its underlying infrastructure, semiconductor and software ecosystems. For example, the current competition is under the GPU system driven by Nvidia, and the programmable chips used by China are also mainly from Nvidia and Intel. China is weak in these areas and the software ecosystem still needs further construction.However, China is stronger in production and application than the US, which can be reflected by data and practical solutions. China's Internet development is faster than that of the US, allowing China to rapidly accumulate massive data from multiple industries. This has given China a chance of surpassing the US at the AI application level. For instance, in urban management, in Paris, the original city benchmark, we can see the big city drainage gallery under the Notre-Dame de Paris. But today, as AI's power increases, rainwater and wastewater can be automatically separated and processed. Maybe we can take a new definition of the benchmark city, like the Xiongan New Area in Hebei Province.Alibaba Cloud has become one of the world's top three cloud computing companies, and in the next few years we hope to catch up with and even overtake Amazon. I believe China is promising in AI development and it is highly possible that it can become the world leader in this industry. But the outcome also depends on how China fills the gaps in basic science during its next stage of development.

GT: It is reported that Alibaba Cloud will set up a new data center in India and attaches great importance to it. Why set up a data center there? What is the current situation of data centers in India?Hu: No one is willing to give up the future of AI. We will be the third international cloud computing company to enter the Indian market and our center in Mumbai will start operations in January 2018. With numerous Chinese companies expanding their presence in India, Alibaba Cloud will provide them with convenient infrastructure so they can save costs in the process of localization. India's economy has been soaring. An increasing number of Indian companies are demanding cloud computing services, especially small and medium-sized enterprises. Alibaba Cloud has thousands of users in India. India's telecommunication giants (Tata and Reliance) are clients of ours.