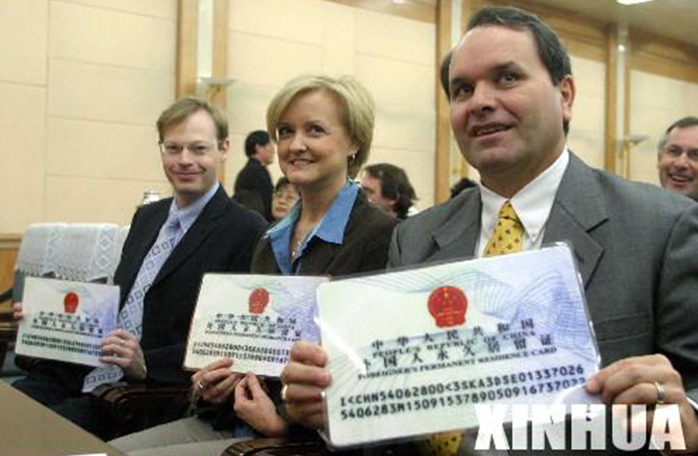 China has issued 4,819 new permanent residence identity cards to foreigners since a new version for the card was launched in June, the Ministry of Public Security said.Compared with previous cards, the new cards are embedded with microchips that can be read by machines, according to the ministry's exit-entry administration bureau.The new project is the result of reforms aimed at making the cards recognizable by machines so they can become more widely known and accepted in various fields, including for transport such railways and aviation, and also for hotels and banks and even insurance purposes.According to the ministry, the lists of benefits enjoyed by foreigners holding permanent residence cards will be announced in the near future.China began issuing residence cards to foreigners in 2004. In 2016, 1,576 foreign citizens acquired the card.The issuance of the new, "smarter" cards is expected to facilitate the application process and be conducive to attracting and serving high-level foreign talents in China, experts say.