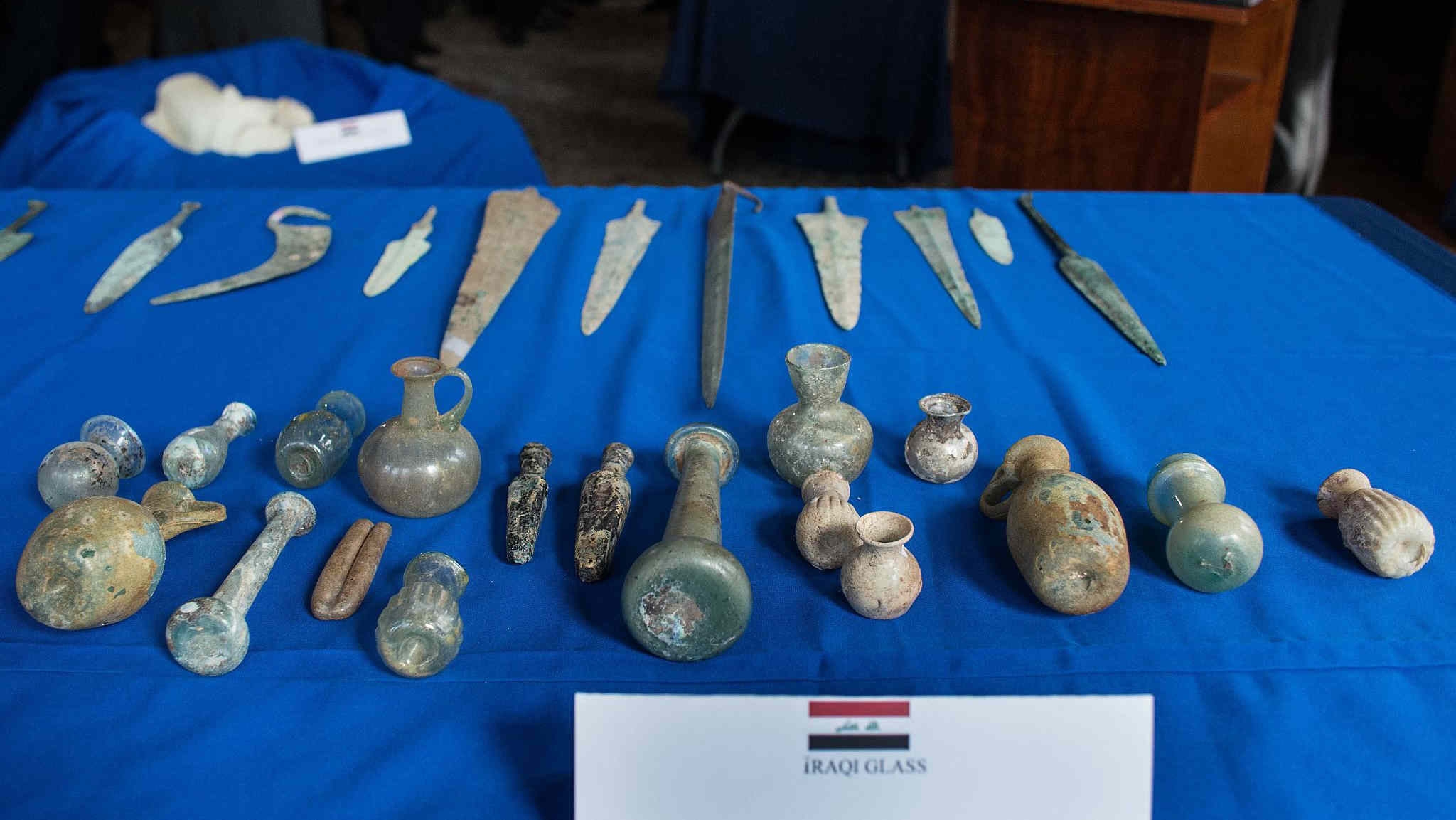 Ancient Iraqi glass pieces are seen during a ceremony to repatriate more than 60 Iraqi cultural items which had been smuggled into the US at the Iraqi consulate in Washington, DC, March 16, 2015. (Photo: VCG)

The State Administration of Cultural Heritage (SACH) on Friday announced the launch of a database for stolen foreign antiques in China.

The database, which covers 6,900 stolen objects from six countries, is a major step for China in combating the illicit trafficking of foreign cultural goods, according to SACH.

The administration claimed that they will continue to ask the entry-exit examination offices at all government levels to intensify its supervision of the circulation of stolen pieces listed in the database.

It also called on the related antique institutions, professionals, practitioners to double-check the database from time to time when dealing with cultural goods.

The illicit trafficking of antiquities is estimated to be more than six billion US dollars per year, according to research conducted by the United Kingdom’s House of Commons in July 2000.

The issue has become a serious challenge for many countries. About 1.6 million cultural objects from China are estimated to be scattered in 200 museums in 47 countries, and millions are in private collections, according to a 2013 UNESCO report.