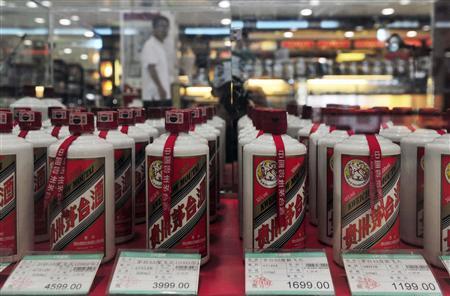 China’s Kweichow Moutai Co , once a staple of China’s revolutionary leaders and now the world’s most valuable liquor maker, saw its third-quarter net profit more than double, marking its strongest profit jump since the end of 2011.

Moutai, whose bottles of fiery spirit baijiu can cost more than $300 a bottle, said late on Wednesday its net profit was 8.7 billion yuan ($1.31 billion) in the July-Sept quarter, up 138.4 percent against the same period a year earlier.

The liquor maker’s share price and sales are shrugging off a long-running corruption crackdown that has targeted lavish spending by officials and military - once key buyers of pricey Moutai. Its shares are up nearly 70 percent this year.

The firm’s sales also rose strongly, up close to 60 percent in the first nine months of the year to 42.5 billion yuan.

Moutai’s steep share price rise over the last few years - up over 400 percent since the start of 2014 - has taken its market capitalisation to over $107 billion and past that of British rival Diageo.

Moutai, a household name in China, was once hailed as helping its Red Army survive the tortuous Long March in the 1930s. The pungent, colourless spirit, usually made from sorghum, outsells vodka worldwide.