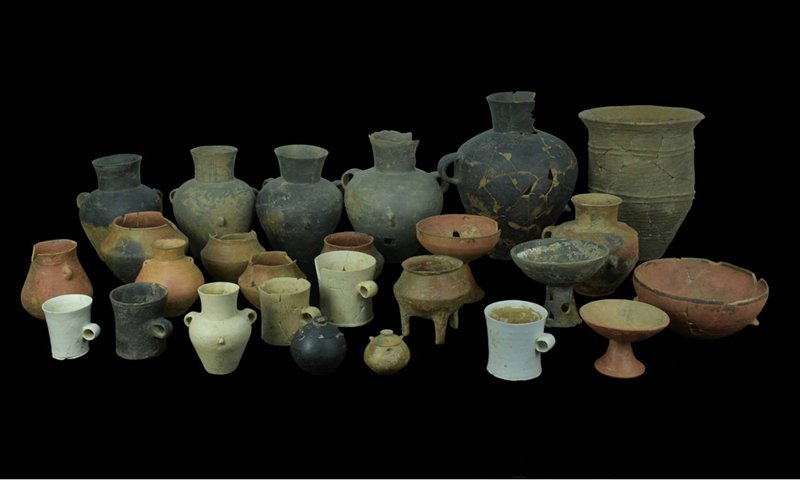 Six archaeological findings have been named as China's top discoveries by the China Academy of Social Sciences (CASS).Half of the six discoveries fall under the category of prehistoric discoveries. The other three include two sites that date back to the Western Zhou (1046-771BC) and Eastern Zhou (770BC-256BC) dynasties and one Jin Dynasty (1115-1234) city remains, announced at the CASS Archaeology Forum - New Archaeological Discoveries of China in 2017, in Beijing on Tuesday.The event was jointly organized by the CASS' Institute of Archaeology and its Archaeology magazine.The Jiangkou Sunken Silver Site that made quite a splash in 2017 entered the top 12, but failed to make the final six.The selection focused more on the discoveries' academic value and research approaches applied rather than just their social impact, said Chen Xingcan, head of CASS' Institute of Archaeology.

Prehistoric discoveriesThe six were selected from 38 recommended findings by local institutes, said Hong Shi, editor-in-chief of Archaeology magazine.Aside from the excavations' academic significance, "we also made sure the finalists covered all archaeological times and regions," Hong said, adding that they had to make tough choices when several projects from one province made the list.The first Paleolithic site ever discovered in the Xinjiang Uyghur Autonomous Region, the Tongtiandong site, was one of the most eye-catching finds.With discoveries of early human activities and animal and plant remains dating back to as early as 5,000 years ago, the Tongtiandong site is also a pioneer case in the region's prehistoric cave excavation history, according to Yu Jianjun, one of the project's members from the region's archaeological institute.A number of stone tools and burned animal bones were also found. Featuring typical Moustérien Culture remains, the site could provide further clues about the migration of prehistoric humans living on the Eurasian continent at that time, Yu noted."It was rare for a Xinjiang site to make the top six in recent years," Hong told the Global Times. "The region has made quite a number of archaeological discoveries in the past three to five years."

One of the burial sites at the Sujialong Site in Jingshan county, Hubei Province. Photo: Archaeology magazine

It is a cooperative excavation project between Mongolia and North China's Inner Mongolian Autonomous Region, which began in 2014.Helping to clarify the history of a large sacrificial site built centuries ago by Huns, an ancient northern nomads, the project was also dubbed as one of Mongolia's top five finds in 2016."The Khermen Tal City Site is one of the largest and most well preserved ancient city remains in Mongolia," Song Guodong, the project's Chinese executive leader from the Inner Mongolian Autonomous Region's Cultural Relics and Archaeology Institute, told the Global Times in a phone interview.Talking about their 13-year collaboration with Mongolian archaeologists, Song told the Global Times the Khermen Tal City Site is not their first joint project."We're among the first Chinese archaeological teams to conduct joint excavations overseas," Song noted.

Other sitesA number of major discoveries were also made in the other four sites.The Nanshan cave site in East China's Fujian Province, for instance, saw the excavation of a number of prehistoric skulls that might suggest links with those unearthed previously in Thailand and Vietnam, according to Zhou Zhenyu, one of the project's members from the Institute of Archaeology.A resemblance in shape was the initial conclusion arrived at by the team, but they said they would conduct DNA tests, Zhou noted.A number of the oldest grain remains ever found in southern China were also unearthed at the site.Discoveries at the Sujialong site featuring over 100 burial sites and some 500 bronze items for sacrificial use gave archaeologists a clearer idea about the mysterious Kingdom of Zeng between the Western Zhou Dynasty and early Spring and Autumn Period (770BC-476BC), which has been rarely recorded in Chinese historical documents. 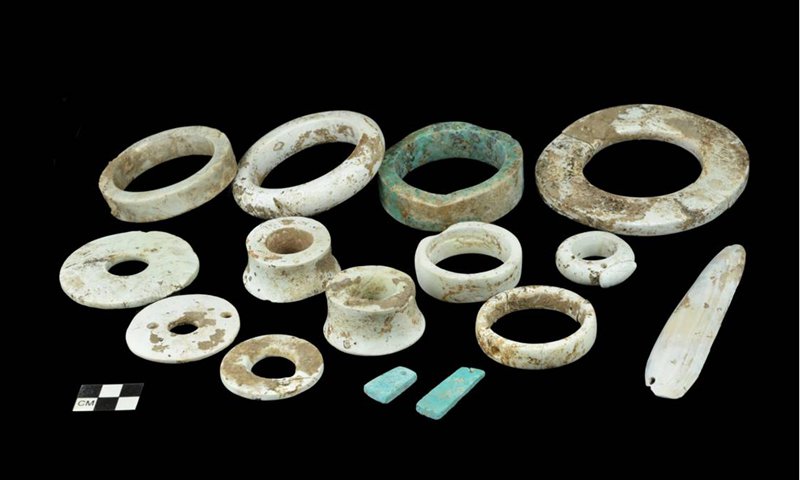