HEADLINE China lodges representations with US over Taiwan Travel Act

China lodges representations with US over Taiwan Travel Act 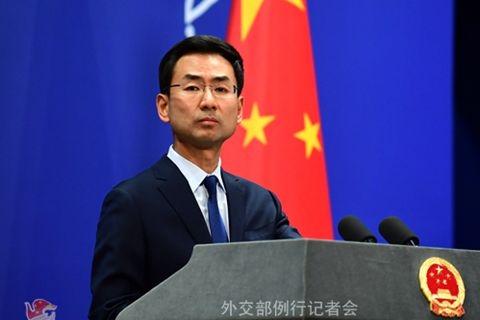 China has lodged solemn representations with the United States over a Taiwan-related bill, a Foreign Ministry spokesperson said Friday.
The US Senate Committee on Foreign Relations Wednesday passed the Taiwan Travel Act, which aims to encourage high-level visit exchange between the United States and Taiwan. The US House of Representatives also passed the bill in January.

"China is strongly dissatisfied and has lodged solemn representations with the US side," spokesperson Geng Shuang said at a daily press briefing.
"Some of the act's clauses, although not legally binding, seriously violate the one-China principle and the three Sino-US joint communiques," Geng said, adding that the passage and implementation of the act will seriously disturb China-US relations as well as the situation across the Taiwan Strait.
According to Geng, the one-China principle is the political foundation of China-US ties.
"We urge the US side to adhere to its commitment on the Taiwan issue,stop deliberating the relevant act, properly handle Taiwan-related issues and maintain the stability of China-US ties as well as the situation across the Taiwan Strait," he said.