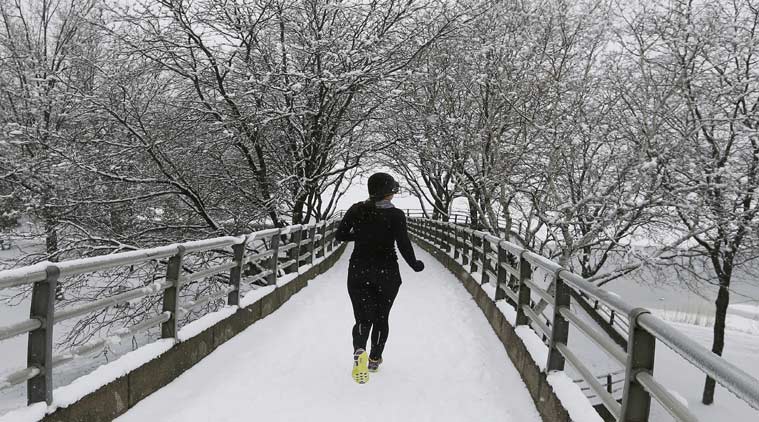 China's national observatory maintained a blue snowstorm alert for Saturday and Sunday as heavy snow continues to hit the country's central regions. The National Meteorological Center (NMC) said it expects blizzards to dump 4 to 8 centimeters of snow in parts of Shaanxi, Shanxi, Henan, Anhui and Hubei. Some areas could see more than 10 centimeters of new snow. In the country's four-tier warning system, red represents the most severe weather, followed by orange, yellow and blue. The observatory advised residents to stay indoors and urged local authorities to take precautions regarding roads, railways, electricity and telecommunications. The first snow of the new year has hit large parts of northwestern, central and eastern China since Wednesday, which has brought up to 20 centimeters of snow cover to some regions. At least 10 people were killed by the heavy snow in five provinces of central and eastern China since Jan. 2, according to the China National Commission for Disaster Reduction. It has also damaged houses, agriculture and power facilities. The weather has affected about 13,100 hectares of farmland, with more than 900 hectares destroyed, causing direct economic losses of 510 million yuan (78.6 million US dollars).