Ashley, a 35-year-old Chinese-Filipina, could not have been more excited when she saw an online news story announcing a new visa policy for foreigners of Chinese descent on February 2. Her first reaction was to send the news link to the human resource department in her company, a Beijing-based consulting firm where she works as a director."It would be very handy to have one. I am not sure what the implications are if I already have a work visa versus getting this visa for overseas Chinese. I just think it will be great not to have to renew my visa every year," she told Metropolitan.Starting from February 1, foreigners of Chinese descent are able to apply for a visa that allows them to stay in China for up to five years or enter the country multiple times over the same period once they meet the prerequisites, according to a new visa policy from the Ministry of Public Security (MPS) on January 22.  Foreigners of Chinese heritage who want to come to China to visit their family and relatives, do business, have cultural exchanges or run personal errands can apply for a five-year multiple-entry visa, and those who already work, study, visit families and relatives or run personal errands in China and need to stay longer, can apply for a five-year residency permit, said the policy.Before this policy, foreigners of Chinese descent could only get a one-year multiple-entry visa, and a residency permit spanning no more than three years in the country.Qu Yunhai, the director of the Bureau of Exit and Entry Administration of the MPS, said in a January 22 press release that the policy aims to encourage and attract more foreigners of Chinese descent to participate in China's economic and social development. "Over recent years, the Ministry of Public Security and other departments have promoted a series of measures to facilitate foreigners of Chinese descent to come to China. These policies have played a positive role in serving China's economic and social development and attracting talents with innovative and entrepreneurial spirit," said Qu in the release.He added that the implementation of the new visa policy will make it more convenient for them to "return home." 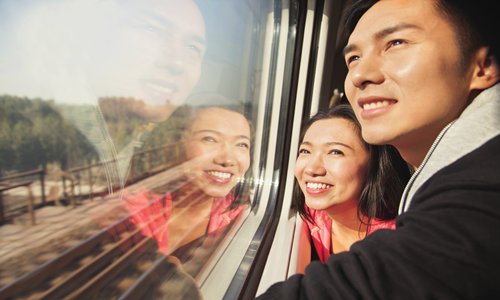 The new visa policy will have a significant impact on the lives of Chinese descendants who make frequent visits to China. Photo: VCG