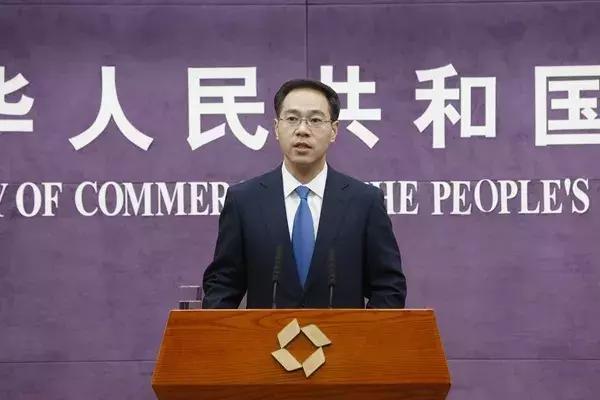 China on Thursday accused the US of protectionism as it reiterated its commitment to opening its markets to the outside world.

“The US has adopted a series of measures on China’s economic and trade issues which represent typical protectionism, a Cold War mentality and zero-sum consciousness,” said Gao Feng, spokesperson for China's Ministry of Commerce, at a regular press conference.

He added that the US should not use China as an excuse for its own issues.

China’s determination and confidence in opening its markets to the outside world has not changed, and has even become firmer. China will not change its course due to external pressure, added Gao.

He expressed the hope that the US would not go it alone and would “return to the correct track of win-win cooperation between China and the US.”

China fulfilled WTO commitment in a serious and comprehensive manner

Recently, there was a voice claiming that the extent of the opening up of the Chinese market was less than expected, and China’s failure to earnestly fulfill its commitment to join the WTO to reduce tariffs was one of the reasons why the US launched a "trade war" against China.

“This statement is totally inconsistent with the facts,” said Gao. “Since China’s accession to WTO, it has earnestly and comprehensively fulfilled its various commitments to join and its market has continued to open up.”

In terms of fulfilling the WTO’s reduction of tariff commitments, China’s overall tariff level has dropped to 9.8% from 15.3% at the time of accession, he said.

In other words, this achievement has fulfilled China’s commitment to all WTO members, and even met and exceeded WTO requirements for developing members as well. Considering the trade structure factor, China’s actual trade-weighted average tax rate is only 4.4%, which is very close to that of developed countries. For instance, the US trade-weighted actual import tariff rate is 2.4%, EU is 3%, and Australia is 4%, he said.

“The US 301 investigation against China is a blatant challenge to the multilateral trade rules”, said Gao. “The US imposed tariffs on China in accordance with the 301 investigation, which is a flagrant violation of its WTO international obligations.”

China announced the decision to initiate an anti-dumping investigation on the phenols imported from US, EU, South Korea, Japan and Thailand, according to the No. 33 Public Notice in 2018 that the Commerce Ministry issued recently.

“It’s a common probe,” Gao said. “The probe was legitimately launched after authorities examined the application, and will be implemented impartially and fairly, basing on China’s laws and WTO guidelines.”

Remedy measures or investigations in response to Trump’s trade restrictions have been adopted in places like the EU and Japan as well, in the wake of the section 232 tariffs the US has imposed on imported steel and aluminum.

“America’s ill-considered move risks igniting a chain of consequences and engulfing the world in the spirit of protectionism,” said Gao. “Overcapacity is a global issue, instead of a domestic problem, and needs more cooperation rather than shutting the door and reckless punitive tariffs,” he said.

China calls on other member states of the WTO to go hand in hand with our objection to protectionism and continue to embrace the multilateral trade system, firmly push for economic globalization and uphold liberalization of investment, he said.

When asked if China would retaliate immediately against American section 301 tariffs, Gao said China would adopt rational moves to defend its legitimate rights.

China urges US to abandon unilateralism and protectionism

Gao urged the US to abandon unilateralism and protectionism, and resort to dialogue and consultation to handle disagreements.

His remarks come in the wake of the US decision to extend the period for public to comment on its tariffs on Chinese goods from 30 days to 60 days.

The US tariff could raise the domestic price of raw materials and consumer goods, and eventually hurt the American people’s interests. Business circles and the public also voiced their opposition to the US measures, he added.

"China is always open for negotiations," Gao said, but emphasized that sticking to the principles of equality, constructiveness and balance requires efforts on both sides.

He noted that the US should not take any measures detrimental to China-US trade ties, which he said would be ultimately be self-defeating.