HEADLINE China promotes TCM in HIV/AIDS treatment, though its benefits still in question

China promotes TCM in HIV/AIDS treatment, though its benefits still in question 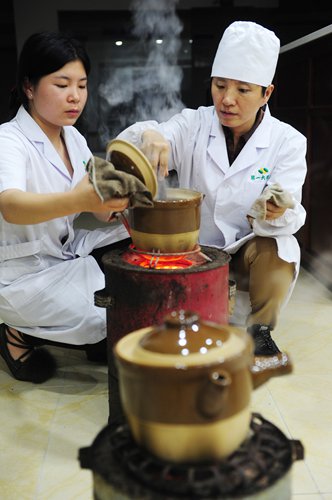 The combination of TCM and Western medicines to treat AIDS is gaining popularity among Chinese patients and doctorsThough its efficacy has not yet been clinically proven, TCM can still help alleviate the suffering and side effects of HAART

Health experts in China are researching an effective combination of traditional Chinese medicine (TCM) and Western medicine.The use of TCM in treating HIV carriers and AIDS patients can add extra medical value while also doing some personal good for patients, said Wang Jian, vice director of the Traditional Chinese Medicine Center for AIDS Prevention and Treatment at the China Academy of Chinese Medical Sciences."Western medicine is to cure certain symptoms, which focuses on anti-virus, while TCM is to cure the person who has the illness. TCM can strengthen a patient's immune system to counter the virus. It can protect the patients' internal organs and ease side effects caused by Western medicines," Wang told the Global Times.According to media reports, China currently has over 720,000 citizens who are either HIV-positive or suffering from full-blown AIDS.In February, the Chinese governmental issued a five-year action plan for domestic HIV/AIDS prevention and treatment. According to the plan, 90 percent of those infected will be able to receive treatment by 2020. The plan also promotes the use of TCM in AIDS treatment. Currently, the most useful and widely applied method worldwide in dealing with the AIDS is "highly active antiretroviral therapy" (HAART), which uses a combination of three or more anti-virus medicines together. Wang revealed that a key mission of China's five-year plan is to combine TCM and Western medicine in HIV/AIDS treatment."In many places, doctors of traditional Chinese medicine and Western medicine are now working together in hospitals treating AIDS," he said.But to what extent TCM has effect on HIV/AIDS is questionable and even dubious. As some charlatans have been touting TCM therapy in order to cheat ignorant or desperate patients, the future development and progress of this new remedy remains up in the air. 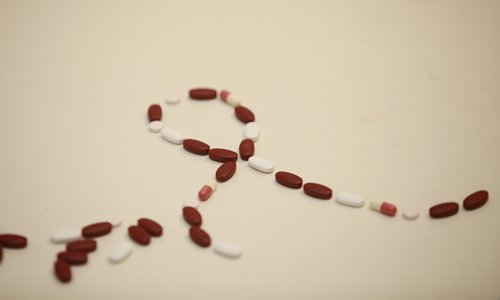 Pushing forwardWang, a renowned TCM doctor based in Beijing, has been actively promoting the use of TCM in AIDS treatment for over two decades. He has noticed an increase in the number of Chinese living with HIV/AIDS requesting traditional Chinese medicine."In the mid-1990s, the death rate of AIDS patients dwindled due to HARRT, but the therapy also brought new problems, including possible toxic side effects and drug-resistance. Now more Chinese patients resort to TCM because they hope it can alleviate side effects or even slow down the progress of the illness," he said.According to Wang, patients who do not meet the requirements to use HARRT, or those having opportunistic infections or whose immune systems are too weak, are more suitable for TCM treatment. The torturous side effects of HARRT are also a big reason why many are turning to TCM."HIV carriers can wholly depend on TCM. But for AIDS patients, they need to use both TCM and Western medicine together," he advised.While traditional Chinese medicine is often criticized as lacking any clinical evidence, Wang said that TCM treatment has in fact achieved some clinical successes. In a research that Wang participated in, Aikeqing capsules (for spleen-kidney yang deficiency syndrome) or Aifukang capsules (for heat-toxin stagnation syndrome) are prescribed to HIV patients using HARRT. Aikeqing and Aifukang consist of TCM components including aconite, ginger and licorice.The 72-week study showed that, among 536 cases, the TCM treatment group generally had a much lower drug resistance rate and higher virology inhibition rate than these who had not taken any TCM.Wang added that HIV/AIDS patients can be categorized into seven statuses which require different TCM treatment methods. The essence of these treatments is to "improve people's physical constitution."The Xinhua News Agency reported that 19 provinces and regions in China, including Henan, Yunnan, Anhui and Guangxi, are currently piloting projects using TCM in AIDS treatment. Over 30,000 local HIV/AIDS patients have received such treatment. 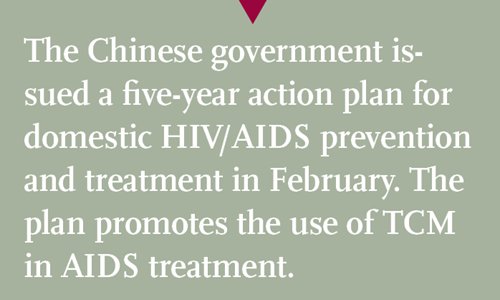 TCM charlatansXiao Dong (pseudonym) is in charge of an NGO offering help to Chinese HIV/AIDS patients. He said that at the current stage, TCM and Western medicine have yet to systematically combine together in treating HIV/AIDS. "They fight the enemy separately."Xiao doesn't suggest any patients totally depend on only TCM. He warned that some self-proclaimed "miracle TCM doctors" are mere swindlers who may put their patients' lives in even greater danger.In 2017, in Luoyang, Central China's Henan Province, a former health official at the local center for diseases prevention and control (CDC) once touted his hand-made TCM to his HIV/AIDS patients. He forced them to buy his medicines while refusing them Western medicines, which could have been obtained for free from the CDC, thepaper.cn reported.Several of his patients eventually came down with life-threatening illnesses. Some contacted Xiao Dong's NGO in attempt to expose the official's misdeeds. The official was later demoted.In Zunyi, Southwest China's Guizhou Province, TCM doctor Li Guoqing claimed that he had successfully developed an herbal medicine that could cure AIDS, saying that 99.9 percent of his patients had restored their health after taking the medicine.Local health authorities investigating the claims dismissed Li's findings, but some wealthy investors reportedly continued cooperation with Li.A Baidu search for "TCM + AIDS treatment" pulls up numerous discussion forums from patients asking if it's really beneficial or just quackery being promoted by unscrupulous mountebanks. Liu Baolu, a TCM doctor based in Gansu Province, is a name that pops up in many such online discussions.Liu previously claimed that he had successfully cured HIV/AIDS. The former director of Gansu's official health department, Liu Weizhong, even posted Liu's cell phone number on his social media account (with over 100,000 followers) telling patients to visit Liu for "free treatment."Liu Weizhong later told media that the reason he was promoting Liu Baolu was because he himself had personally witnessed some patients show signs of recovery from using Liu Baolu's treatment. In an interview with Guangzhou Daily, Liu Baolu claimed his TCM method was useful, but refused to divulge to reporters the ingredients of his prescription, calling it "a secret."The reporter discovered that several of Liu's patients had returned to HARRT treatment after seeing no results from Liu's TCM.Fang Zhouzi, an expert in chemical biology and an anti-fraud campaigner, once wrote that even if an HIV/AIDS patient shows good signs after receiving TCM, it's very likely due to their improved psychological status.Wang told the Global Times that, thus far, no TCM alone can cure AIDS, but stressed that it serves as beneficial supplementary treatment to HARRT.Future obstaclesXiao Dong is pessimistic about the future of TCM and Western medicine combination treatments.While the Chinese government advocates such combinations, Xiao worries that some self-serving scientists and researchers are more interested in obtaining lucrative grants or high honors rather than focusing on benefiting the patient.Wang said that the public's mistrust and lack of understanding of TCM also hinders its development."In the anti-virus aspect, TCM can't compete with Western medicine, but it is effective in other aspects, including alleviating clinical symptoms and side effects," he noted.According to Wang, due to the complexity of AIDS treatment along with its low economic returns, there is a high turnover among TCM doctors specializing in AIDS, many of whom drop out after not seeing any profit or finding themselves overwhelmed. At the county level, the quality of TCM doctors is comparatively lower than in urban centers. Moreover, the examination and approval process for TCM in treating AIDS is extremely difficult. In just the past decade, 20 medical companies invested large sums of money to develop such medications, but most failed to receive official approval for their medicines.Currently, only one single TCM, named Tangcaopian, has been officially approved for treating HIV/AIDS. "This is far from enough to meet our clinical and research requirements," Wang said.Despite such obstacles, Wang is optimistic about the future of TCM in HIV/AIDS treatment and noted that some regions are making a bigger effort to advocate combination treatments using TCM and Western medicine together.In Yunnan Province, for example, health authorities recently held seminars for TCM doctors and encouraged them to work with Western medicine doctors at local hospitals in order to combat AIDS.