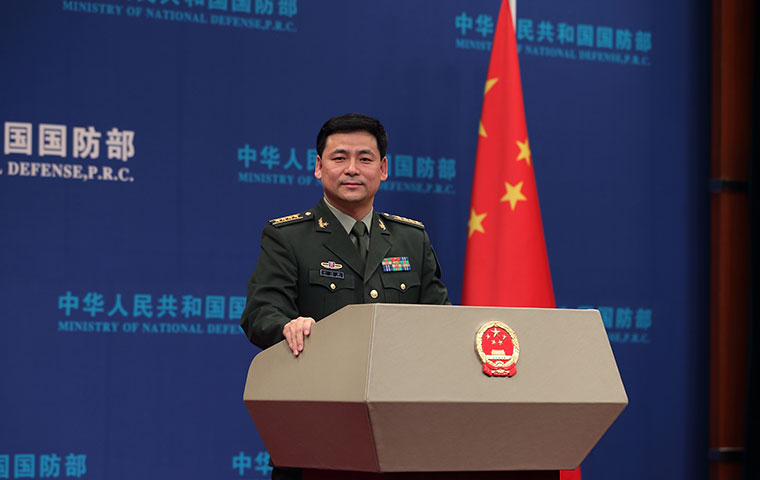 Beijing (People's Daily) - The Chinese Ministry of National Defense on Friday voiced strong opposition to the unauthorized entry of a US warship into the waters close to the islands and reefs that China has indisputable sovereignty in the South China Sea.

“The guided-missile destroyer USS Mustin sailed into the waters close to the islands and reefs in the South China Sea without permission from China on March 23,” said Chinese Ministry of National Defense spokesperson Ren Guoqiang.

“The Chinese Navy missile frigates expelled the US ship after identifying it in accordance with laws and regulations,” he added.

It is not the first time that a US navy warship entered the adjacent waters of Chinese islands and reefs in the South China Sea, of which China has indisputable sovereignty.

Such moves have undermined China's sovereignty and security, violated the basic norms of international relations, and harmed regional peace and stability, Ren said.

“The US side has hurt the relations between the two countries and the two armed forces, resulting in close contact between the sea and air forces of the two sides. This could have easily caused misjudgment and even sea and air accidents,” he said, adding that this is a serious political and military provocation to China, and the Chinese army firmly opposes this.

China respects and maintains the freedom of navigation and overflight of various countries in the South China Sea in accordance with international law.

Ren urged the US side to respect China's sovereignty and security and respect the common aspirations of the countries in the region to maintain peace, stability and tranquility, instead of making trouble out of nothing.

“Any provocative actions by the US will do nothing but spur the Chinese military to strengthen capabilities to safeguard national sovereignty and security and protect regional peace and stability,” he said.

Also on Friday, The Chinese People's Liberation Army Navy said it will conduct military training under combat conditions in the South China Sea waters, according to Xinhua News Agency.