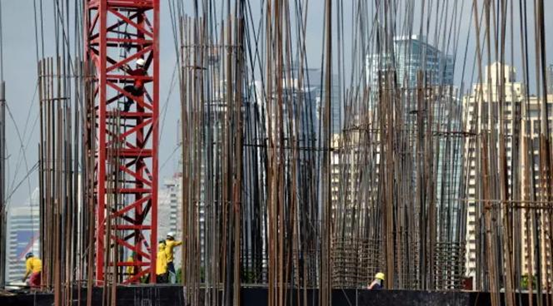 The general PMI came in at 54.6 for January, according to a statement of the National Bureau of Statistics (NBS). A reading above 50 indicates expansion and below reflects contraction.

Business activity in the two sectors was previously tracked by two separate indices published monthly, which the NBS said "lacks a way to reflect overall changes in the economy."

While old indices will remain, the new gauge will "provide a new perspective to monitor the macro economy, and enrich and improve the current PMI system," the NBS said, adding that it has undertaken more than two years of research and testing.

The NBS said the general PMI better synchronizes with the country's GDP movement, and is comparable from country to country.

"As of December, countries and regions including the eurozone, the United States, Britain, Germany, and Japan have compiled and published such an index," the NBS said.