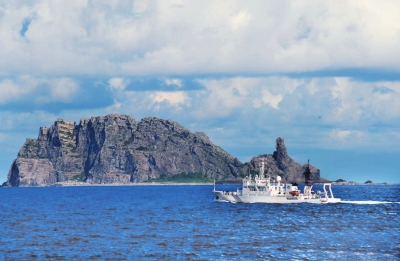 A Chinese Foreign Ministry spokesperson Friday reiterated China's position on the Diaoyu Islands, expressing the country's dissatisfaction with Japan's actions.
Spokesperson Hua Chunying responded to recent reports that the Japanese government had opened an exhibition center to claim sovereignty over the Diaoyu Islands.
"Diaoyu Island and its affiliated isles are China's inherent territories, and China's sovereignty over the Diaoyu Islands has a solid historical and legal basis," Hua said.
"China is not satisfied with Japan's actions," Hua said.
She said that regardless of what the Japanese side had done, it would not change the fact the islands belong to China.
Hua also stressed China's resolve to safeguard the territorial sovereignty of the islands.