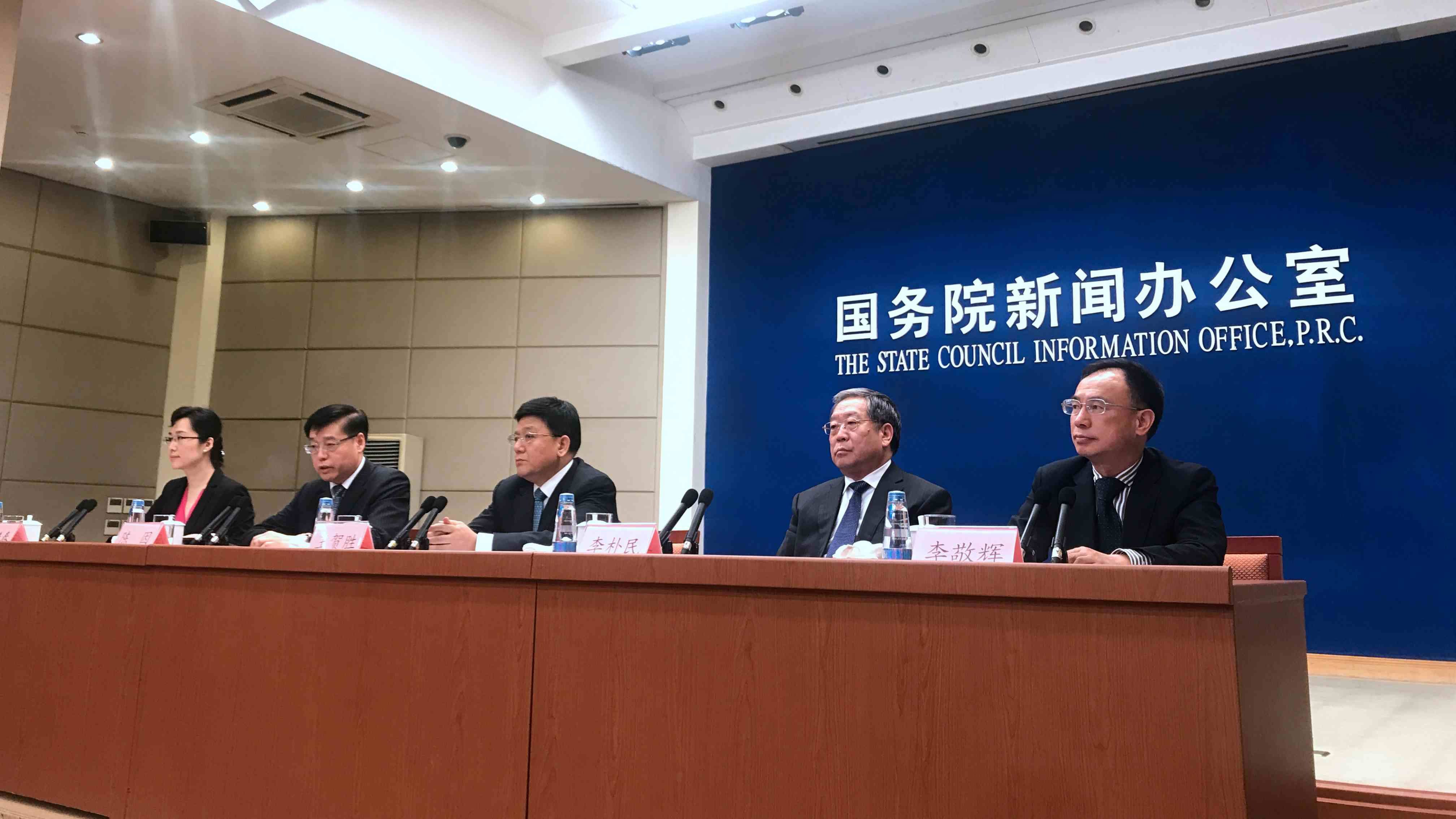 This photo shows a policy briefing on the incentive system, co-hosted by the State Council Information Office and four Chinese government departments in Beijing, May 11, 2018. /CGTN photo

China's State Council has issued various incentives to local governments at different levels that have made remarkable progress in carrying out their policies in 2017.

At Friday's policy briefing, four government departments including China's economic planner, Ministry of Industry and Information Technology and the country's health and financial regulator have released the results of policy implementations in the past year, based on a series of governmental inspections and third-party evaluations.

Altogether, 223 outstanding local governments have been given 24 incentives by the State Council. Incentives include not only extra financial and land support, but also being short-listed to launch pilot reform programs. Some of the regions will even be granted with supervision-free incentives in certain policy areas.

The incentive measures will last for one year. This is the second year since the Chinese government initiated the incentives system. Government officials talked about how the regions were chosen and what the specific incentives are.

"Since September 2017, all public hospitals across China have launched comprehensive reforms, eliminating the drug price addition policy. Last year, 38 regions where comprehensive reforms have really achieved practical results were rewarded with incentives. Among them, regions such as Sanming City in Fujian Province and Tianchang City in Anhui Province have been included in the list for the second year in a row," said Wang Hesheng, deputy director of National Health Commission.

"For the financial incentives, we have raised the standard for each region by five million yuan (over 780,000 US dollars). On average, each government could be rewarded some 30 million yuan annually. Based on the incentives given last year, these regions have set a good role model for the rest to learn from," said Li Jinghui, head of Budget Department at the Ministry of Finance.