Machines that can impeccably synthesize the human voice, assist judges in  sentencing, and tell customers whether a dress is a good fit, have been displayed at the second World Intelligence Congress in Tianjin.

Riding the global waves of artificial intelligence (AI), China aims to improve the productivity and inject new momentum into its economy by  encouraging more players to tap the fledging industry. 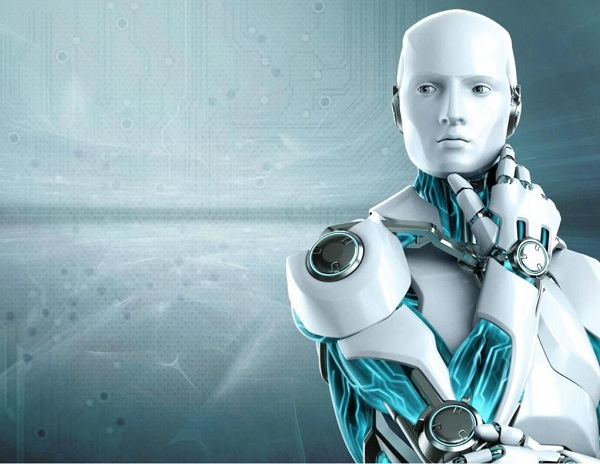 By June 2017, about one-fourth of the world's 2,542 AI companies were in China, where around 15,700 AI patents were filed, ranking second after the United States, according to the China Internet Network Information Center.

"China should seize opportunities to boost innovation in deep learning, smart algorithms and chips, and modernize industries with AI technologies," Lin Nianxiu, deputy head of the National Development and Reform Commission (NDRC), told a room of entrepreneurs, researchers and policy-makers at the congress, which was held from May 16 to 18.

In July last year, the State Council issued a plan for new generation AI, pledging to make the industry a major new growth engine and improve people's life by 2020 and make the country the world's center and  leader for AI innovation by 2030.

China's AI industry output last year was 18 billion yuan (about 2.85 billion U.S. dollars) and value of related industries reached 220 billion yuan, according to the Ministry of Industry and Information Technology.

"The development of intelligent technologies is not only the endogenous driving force for China's economic upgrade, but contributes to the prosperity of the world as well," according to a survey of 408 intelligent companies by the Chinese Institute of New Generation Artificial Intelligence Development Strategies (CINGAIDS).

China's high-tech big names are investing heavily in AI innovation, with Baidu in automated driving, Alibaba in AI cities, Tencent in medicine and health, and iFlytek in intelligent voices, according to the survey.

Most existing Chinese AI companies were founded between 2010 and 2016 amid intense policy incentives, the survey said.

To catch up with the global AI leaders, 18 provinces, regions and municipalities in China have introduced new policies to promote AI-related industries, while 27 provincial-level regions have announced plans to build AI industrial parks.

China has created local AI champions such as Tencent, Baidu, Sensetime, Face++ and Cambricon, said Ludovic Bodin, a French entrepreneur who plans to set up a one-billion-dollar fund to finance AI joint ventures between France and China.

He also seeks to directly invest in firms either in France or China, particularly in areas of health care, transportation and environment.

The ambitions are shared by Chian's domestic players, as Liu Qiangdong, founder of e-commerce giant JD.com, announced at the congress that the company would renovate 800 logistics centers in China with AI technologies in the next five years.

"We look to establish an intelligent system covering storage, delivery vehicles, distribution stations and  customers. In the future, courier boys will become white-collars who sit in office and monitor machines that do the jobs for them," Liu said.

Meanwhile, iFlytek said its machine translation capabilities by 2019 were expected to match a college graduate majoring in English.

"The latest machine can translate Chinese to 33 other languages. It also works well for different Chinese dialects," said Liu Qingfeng, chairman of iFlytek.

By 2030, AI is expected to generate 16 trillion U.S. dollars for the world economy, said Indrajit Banerjee, director of the knowledge societies division of the Communication and Information Sector in UNESCO.

"Chinese companies are very active in developing AI technology and application. They have achieved phenomenal progress in a very short span of time. Their contribution to AI will be tremendous," he said.

TALENT FOR THE FUTURE

To boost the development of intelligent technologies, experts and entrepreneurs agree that it is critical for countries to nurture more talent.

"China has advantages in the speed of AI development and its wide application, but its weak points are the depth of basic research and originality," Wan said.

"Demand of AI talent is extremely high now, and that happens to be our weak point as well. Talent is a key element in developing the industry," he said.

Gong Ke, executive president of CINGAIDS, said about one-fourth of AI technologies used in China came from abroad. "Software and hardware are developed by firms such as Nvidia and IBM. I hope Chinese companies will also be suppliers in the future," he said.

"The evolution of new technology is unstoppable. Innovation is going faster and faster. If education cannot keep up, we will not have the next generation AI ready for the new skills that are needed. AI started at the top universities and now it has to go down," he said.

In April, AI coursebooks were introduced to the curriculum in 40 high schools in China.

"Humans will never win if they compete with machines on who recites books fast and gets calculations right. We should focus more on kindergarten and elementary education, and raise our kids to be responsible and visionary beings," he said. "The age of AI will come, and it is important that we get prepared."