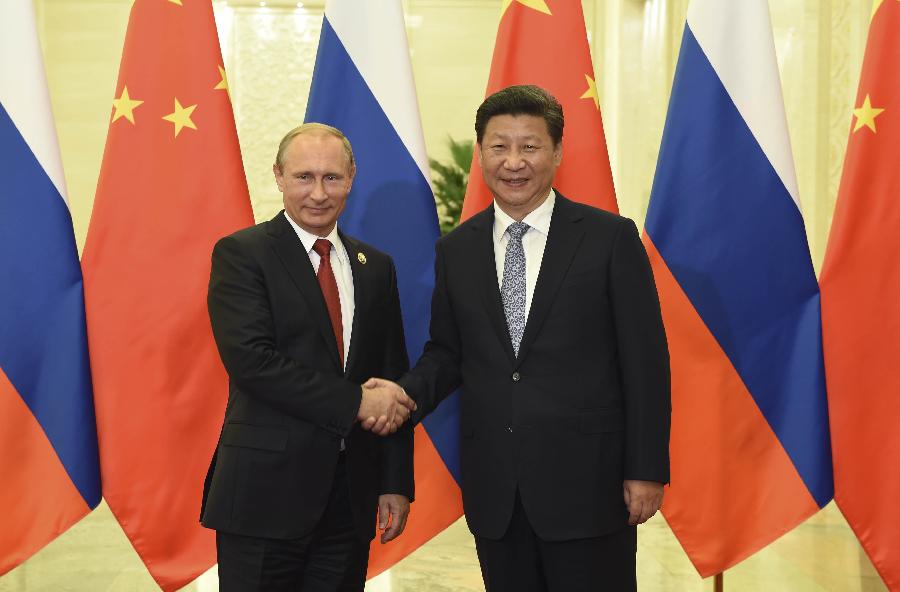 China and Russia began their second joint computer-assisted anti-missile drills on Monday as the US and its allies South Korea and Japan simultaneously began joint missile tracking exercises, a coincidence that has raised fears of possible clashes amid the strained situation on the Korean Peninsula.Chinese experts said that unlike the Sino-Russian drills, which aim at enhancing anti-missile capability to maintain regional stability, the military drills of the US and its allies would escalate tensions and may spark accidentally a conflict on the Korean Peninsula. China's Defense Ministry said on Monday that the drills carry out the consensus reached by the leaders of the two countries on strengthening anti-missile cooperation and would enhance the strategic mutual trust and help jointly deal with regional threats from ballistic and cruise missiles.China and Russia oppose the development of a global anti-missile system and the cooperation on the anti-missile field would help protect both countries' security as well as the regional strategic balance, according to the ministry.Japan's maritime Self-Defense Force said that the US, Japan and South Korea would hold two-day missile tracking drills from Monday, which is the sixth drill sharing information on tracking ballistic missiles among the three nations, Reuters reported on Sunday.The drills of two different groups have sparked speculations that China and Russia have aligned to contain the US and its allies amid strained ties on the Korean Peninsula. "Partnership is quite different from alliance. China and Russia have maintained the comprehensive strategic partnership for peaceful purposes, and they are equal," a Beijing-based military expert who requested anonymity, told the Global Times on Monday.The difference between the two groups' drills is that the China-Russia drills do not target any third party, while the US and its allies have a clear imaginary enemy - North Korea, Zhang Junshe, a senior research fellow at the People's Liberation Army (PLA) Naval Military Studies Research Institute, told the Global Times. "The alliance of the US, South Korea and Japan would incite North Korea, lead to strong reactions and threaten regional stability," Zhang said.Aside from targeting North Korea's development of nuclear weapons and its missile tests, the US is also preparing to launch the Strategic Ballistic Missile Defense (BMD) System in the Asia-Pacific region, Zhang said.Zhang added that "the US could first integrate the space reconnaissance early warning systems in Japan and South Korea and then the interception system in an effort to enhance the capability of the US BMD system and keep absolute security of the US territory."Yang Chengjun, a senior military strategist of missile studies from the PLA Rocket Force, said that the joint military drills of the US and its allies could only increase tensions in the region and may accidentally spark a conflict.Japan's maritime Self-Defense Force did not say whether the US Terminal High Altitude Area Defense (THAAD) system would be involved in the drills, Reuters reported."South Korea may start the reconnaissance system affiliated with the THAAD to check whether it could work properly and collect accurate information on intercepting missiles," Yang said.China and Russia have expressed opposition to the deployment of THAAD.