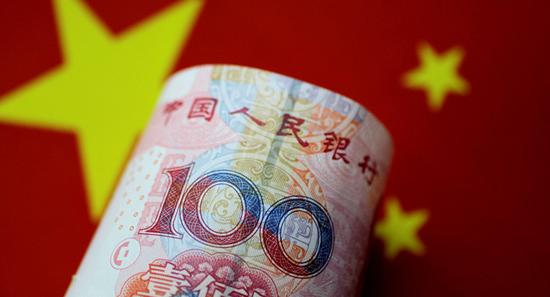 The investment by the state holding enterprises reached 23.29 trillion yuan, a rise of 10.1 percent year on year.

The investment in the tertiary industry was 37.5 trillion yuan, an increase of 9.5 percent, the NBS said.

In contrast, the investment in energy-intensive manufacturing decreased 1.8 percent year on year.

The funds in place for investment in fixed assets in 2017 totaled almost 63 trillion yuan, up 4.8 percent year on year.

The planned total investment in newly-started projects was 51.9 trillion yuan, increasing by 6.2 percent from a year earlier.

As the growth driver of investment slows, services and consumption have risen to take up the slack.

In 2017, the Index of Services Production increased by 8.2 percent year on year, 0.1 percentage point faster than the previous year.

From January to November, the business revenue of service enterprises above the designated size rose by 13.9 percent year on year, 2.5 percentage points higher than the same period in 2016.

The country's retail sales of consumer goods grew 10.2 percent year-on-year to reach 36.63 trillion yuan in 2017, according to the NBS.

Retail sales, especially strong online spending and growth in rural areas, have contributed significantly to China's economic growth as the country shifts to a consumer society from an investment and export-driven one.

Consumption contributed 58.8 percent of the country's economic expansion in 2017.

China's GDP grew 6.9 percent year-on-year in 2017, well above the official target of around 6.5 percent and higher than the 6.7 percent growth registered in 2016.

This also marked the first acceleration in annual GDP growth pace since 2010.