Beijing(People's Daily app) - The role of China in the world is increasing and should rise even further.

"It is obviously a major power and will be more so," said Lee C. Bollinger, president of Columbia University, stressing the importance of China in the world in an exclusive interview with People's Daily.Bollinger said China's achievements are "remarkable." He and his wife Jean came to China for the first time in the late 1970s, shortly after China and the US established diplomatic relations. Since then, he's been visiting China often. 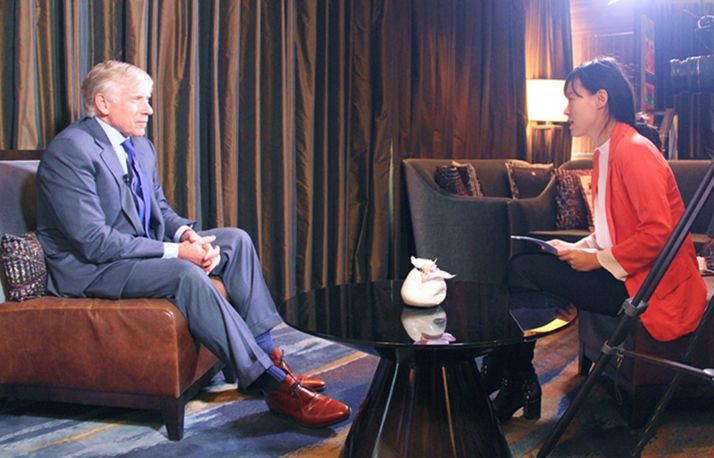 "It's extraordinary what has happened to China, and the development of the country is astounding.""Everybody I speak to feels very good about where the country is headed, and this is a great moment for China," Bollinger said.He added that Columbia University is a very international university with more than 5,000 students from China. "One of the best things we can do in today's world is to have more students from China and different parts of the world come to Columbia, and to have our students from the US come to China and also study there. So I am very eager to try to help American students understand China," said Bollinger.

During US President Donald Trump's state visit to China, China and the US agreed to enroll more students from each other. China will provide scholarships to 10,000 US students in the next four years. Bollinger said he believes educating each new generation is vital to a successful society. He was thrilled with the interactions he had with young people in China. "Everything in China goes towards producing outstanding things. I am very optimistic and hopeful for your university system,"Bollinger added.