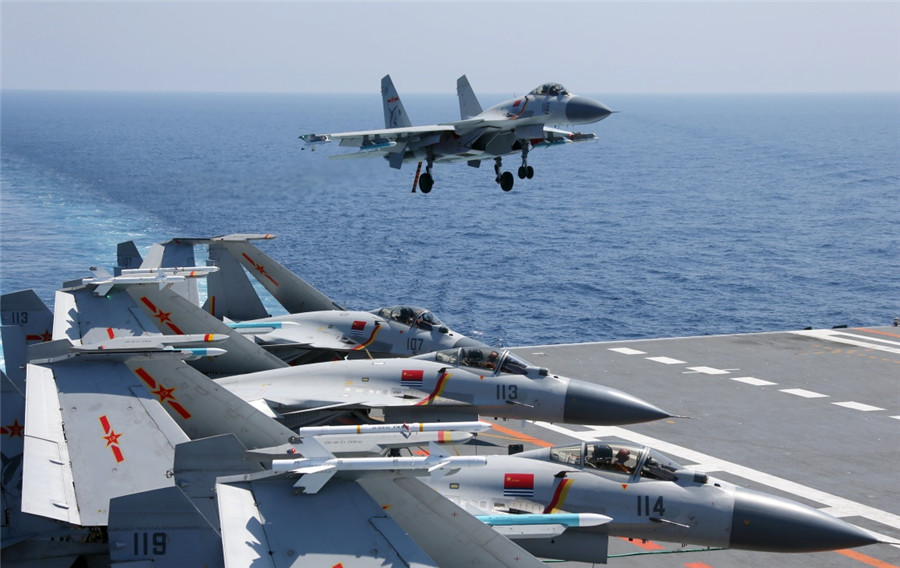 ABOARD LIAONING AIRCRAFT CARRIER, April 17 (Xinhua) -- A Chinese navy flotilla including aircraft carrier Liaoning has conducted a series of exercises in the South China Sea since the navy review last Thursday.

The aircraft carrier formation engaged in reconnaissance, early warning, electronic countermeasures and strikes against air, surface and land targets and submarines, said a statement from the navy Tuesday. 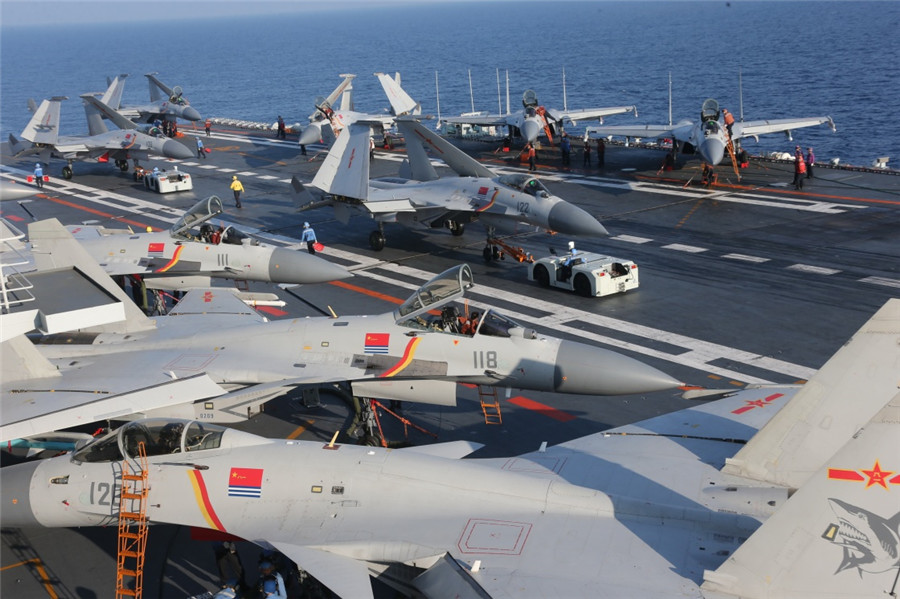